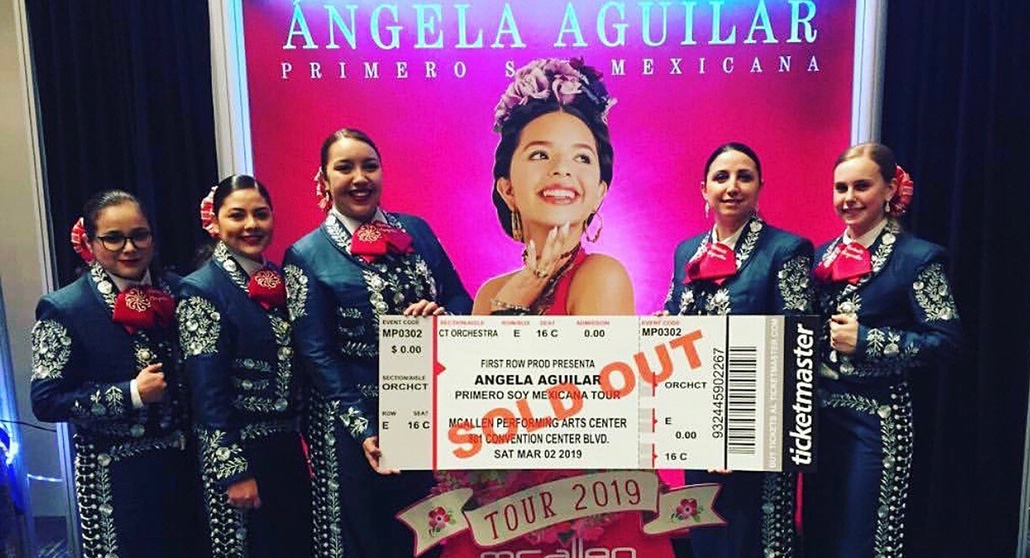 Angela wrapped up her tour of Texas with a performance at the McAllen Performing Arts Center in McAllen, TX. The event took place on Saturday, March 2, 2019. The performance was Angela’s first sold out solo performance. It’s definitely a great sign for many more sold out performances to come. The venue was absolutely packed from the moment Angela took the stage to the moment that she sang her last note. All the people in attendance were singing and dancing along to the hits off of Angela’s debut solo album “Primero Soy Mexicana.” The sold out performance was a perfect way to end her two week tour in Texas. Yet another great booking for The M&M Group and Angela Aguilar!