Ashley and Hannah of HaAsh pose with Michael and Kaylyn Scafuto backstage. They just performed for a huge crowd at The Pacific Amphitheatre for the Orange County Fair (OC Fair) in Costa Mesa, California. The duo consists of Mexican-American sisters Ashley and Hannah. They started making music in 2002 and have produced a few albums with great success. They opened for another talented Latin singer, Yuridia. The duo got the crowd going singing their hit singles in front of thousands of fans. Fair-goers had no choice but to stop and listen as their music was heard throughout the fair. 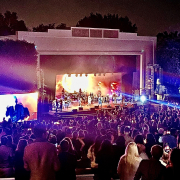 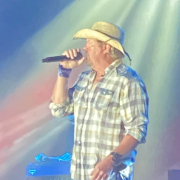 Yuridia Performs at the OC Fair

Larry and Roberto at Citizens Bank Arena
Scroll to top