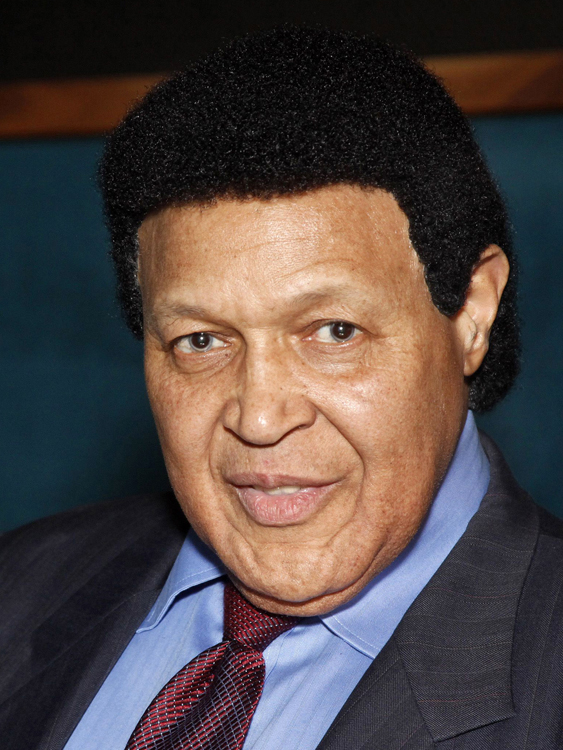 If all the people who have seen Chubby Checker perform through the years stood side by side they would encircle the globe many times over. And, no matter who among them was asked, there would be no question that Chubby Checker is the most dynamic, charismatic entertainer in he world today.

His ability to electrify an audience puts him in a class of his own. His showmanship, energy and charm captivates everyone, pleasing crowds of every age group. He spends an average of 300 days a year on the road, traveling around the world making audiences happy.

Chubby Checker exploded onto the music scene in 1960 and never looked back. Known as “King of the Twist”, Chubby Checker is one of the few entertainers who has successfully sustained a career over three and a half decades. He is as popular today as he was in 1960 when the Twist first came out. Chubby is a record breaker who has sold over 250 million records to date. This has placed him in then number 56 spot in record sales of all time. He is the only person on the planed who has had the same single record go number one twice in different years as well as the only artist ever to have nine double sided hit records.

Chubby Checker was born Ernest Evans on October 3, 1941 in Spring Gulley, South Carolina. He later moved to Philadelphia. As a teenage, Ernest found a job opening in a produce market on 9th Street in Philadelphia. When he applied for the job, Tony Anastasi who was the boss called him Chubby. Ernest said, “Who’s Chubby? I’m not Chubby.” Tony replied, “You are if you want the job”… and Ernest Evans became Chubby. Soon after that, Chubby found another job working in a chicken store. The man who owned the shop, Henry Colt, liked to set up a microphone so his young employee could sing songs of the fifties while people shopped. Coincidentally, Colt had a friend, Kal Mann who was a songwriter associated with the most recognized recording studio in the Philadelphia area.

So when Dick Clark asked Mann to write a song and recommend a singer for a musical Christmas card based on Jingle Bells, Mann suggested Chubby. While in the studio, Clark’s wife, Barbara walked in and said to him, “Chubby… Chubby Checker. You’re going to be Chubby for Fats and Checker for Domino.” And Ernest Evans received yet another new name and became Chubby Checker for the rest of time.

A few months later, while still attending South Philadelphia High School, Chubby made his first record called “The Class”. Just before Chubby graduated from high school, the record company told him they had a song that had been done by someone else, but they wanted him to record it over again. The song was the Twist. It had been written and originally recorded by Hank Ballard in 1958 and had made a little noise, but was no hit record by any means. Chubby went in the studio and recorded the tune. Before Chubby graduated high school, the Twist was a hit and so was he. History was made. The music world had changed forever and would never be the same again. While Chubby is not the King of Rock and Roll, he is the king of the music business.