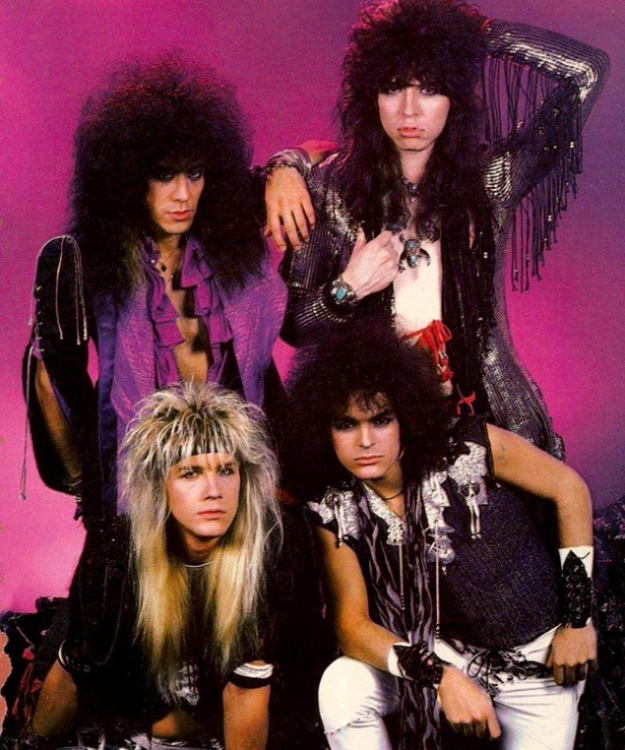 Cinderella was one of the few bands to start their career in the glam metal era of the mid-80s, and last well into the grungy 90s. Their appeal was a combination of exceptional musicianship (both live and on record) and ear-catching songs. While at the time of the first album their appearance made some dismiss them as just another short-lived glam-metal “MTV hair band”, they managed to avoid the pitfalls of the rocker’s lifestyle to gradually evolve into a bluesy, melodic rock outfit.

In June, 1986 Night Songs was released. Cinderella made the transition from club band to rock stars almost overnight. The album’s success was fueled by MTV exposure on the first video “Shake Me” and tours with Poison and David Lee Roth. Night Songs was certified gold in six weeks. Another nine months of touring with Bon Jovi and the success of subsequent singles “Nobody’s Fool” and “Save Me” brought the sales level of Night Songs to triple platinum.

After a Japanese headline tour, Cinderella’s two-year whirlwind segued immediately into the recording of Long Cold Winter, released in August, 1988. The second album featured “Don’t Know What You Got (Till It’s Gone),” Cinderella’s highest-charting single, “The Last Mile” and “Coming Home.” Worldwide touring with AC/DC, the Scorpions and a headline tour with the Bullet Boys and Winger propelled Long Cold Winter to triple platinum status.

Cinderella’s third album, Heartbreak Station, marked their change from blues-metal to roots rock ‘n’ roll. “Shelter Me” and the album’s title track earned rave reviews from critics. After another world tour, both headlining and with David Lee Roth, Heartbreak Station sold over a million copies.

Released in November 1994, Still Climbing marked the end of an era for all who played a role in the 1980′s music scene. By the summer of 1995, Cinderella had disbanded.

Looking Back spans the best of Cinderella from the last 15 years. Classics like “Nobody’s Fool,” “Gypsy Road” and “Shelter Me” represent Cinderella as the quintessential rock band of the decade. With the current renewed interest in all that came from the ’80s, this collection, with its brand new track, War Stories, is an essential element of the definition of the era.