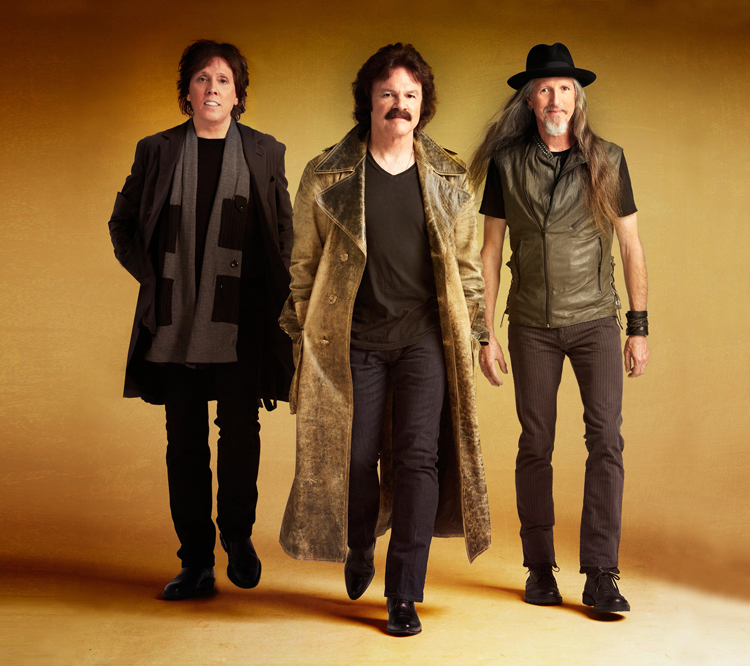 There’s no separating the unparalleled legacy of the Doobie Brothers from their upcoming HOR Records release World Gone Crazy – not that anyone would want to. Nevertheless, the new album may be most remarkable for the extent to which it stands completely on its own. Yes, World Gone Crazy is another chapter in one of the great American music stories, but it’s neither comeback nor nostalgia. An exhibition of aggressive and emotional performances, evocative storytelling, unapologetic attitude and world class musicianship, the collection is its own justification.

In a sense, World Gone Crazy is an analogy for the Doobie Brothers as a whole. With founding members Tom Johnston and Pat Simmons, and 30 year-plus veterans John McFee and Michael Hossack, the Doobies have perfectly honored the band’s legacy with an offering that grows in unexpected new directions.

The songs on World Gone Crazy all feature Johnston and Simmons as writers and lead vocalists. Adding dimension to the project, in some cases there were co-writers involved, as well as some notable contributions or “guest appearances” by other vocalists.

Long time Doobie drummer Michael Hossack, of whom producer Ted Templeman has said “He’s the first band member-drummer in a rock group that was as good as or better than any session player out there…” is the rhythmic backbone of the album, continuing a tradition that began with his drumming on the band’s first hit single, “Listen to the Music”.

Multi-instrumentalist Doobie veteran John McFee says “I just tried to do what I could on this project as a team player to serve the songs and the band”. Modest words from an in demand musician whose work can be heard on classic recordings with such artists as Van Morrison, Steve Miller, the Grateful Dead, Elvis Costello, Emmylou Harris, Rick James, Link Wray, Glen Campbell, Huey Lewis and the News, the Beach Boys, and many, many others.

“This album has been in the mix for five years, but we didn’t seriously start putting the nuts and bolts together until three years ago,” Johnston says. Simmons adds, “We had been compiling songs with the idea we would eventually do a record. Our old producer Ted Templeman came by tour rehearsals one day and was impressed with how we were sounding. He asked if we were doing any new material or thinking about recording. And that’s where it really started.”

Aside from a few years of inactivity in the mid-eighties, the Doobie Brothers have continued to perform, create and record for over 21 consecutive years. “The Doobies have always been about playing live,” Johnston says. “We’re not a studio hot house group and we’re not a concept album band. We’ve always just brought in the tunes we had, put them together and made an album. That’s the way it’s been from the very first album and that’s still the way it’s being done.”

Reuniting with Templeman, whose first hit record as a producer included the playing of the Doobies’ own John McFee (Van Morrison’s Tupelo Honey album featuring the song “Wild Night”), and who produced all the band’s albums through 1980, greatly influenced the project. “I’ve got a lot of songs on my home studio hard drive,” Johnston says. “That was a boon of having Teddy involved. He came up to my house in Northern California and we went through everything.”

“Tommy gave him some demos and I did the same,” Simmons says. “It took off from there. He got together with both of us at different times, went through the material and collected certain songs he wanted to start with. We did a little warm up at a couple places and ended up cutting the basic tracks at Sunset Sound in Los Angeles.”

McFee recounts “Teddy kept asking me to submit songs, but I really felt like this project was the time for me to step back from the songwriting and let Tommy, Pat, and Ted get back to the chemistry that got this train rolling in the first place.” This from a Grammy nominated songwriter with numerous BMI awards to his credit.

Co-writers run the full spectrum from an enthusiastic young fan (P.J. Heinz) Simmons met years ago to musical icon Willie Nelson. The former contributed to the bittersweet love song “Far From Home” after years of musical encouragement from Simmons. The latter was a vocal collaboration as well, with Nelson joining Simmons in the studio for the recording of their composition “I Know We Won”, which features Doobie Brother John McFee (who, as a member of the group Southern Pacific was inducted into the Country Music Hall of Fame® and Museum’s Walkway of Stars) on banjo, mandolin, and lead guitar.

Johnston says recording hasn’t changed much, but that may be the only similarity to earlier albums. “…The way the song comes in has changed a great deal because I’m using software to write. It frees me up to write the drums, bass and everything else. I can sing the background parts and do all the guitar and keyboard parts I had in mind.” This serves as a more complete guide of the writer’s vision when the other players get together to do the actual recording.

Acclaimed pianist Bill Payne (Little Feat), Grammy award winning sax man and long time performing Doobie lineup member Marc Russo, Santana percussionist Karl Perazzo, Tower of Power horn legend Mic Gillette, Ringo Starr’s drummer of choice Gregg Bissonette, Elton John keyboard player Kim Bullard and others joined the process over an extended period. “It’s been on again, off again as much as we’ve been on the road – a lot longer than you normally spend doing an album,” Johnston says. “But we’ve also utilized that time to really fine-tune stuff. It has worked out for the best.”

Simmons agrees. “We were able to reach out a little further to do all the things on the songs we had been imagining, which in the past was not always the case. We’d run out of time or didn’t have the opportunity to do some things we wanted. Because we weren’t rushed with a deadline we were able to get to the end of our ideas so the tunes feel a lot more complete.”

“I had a guy come in and play cello on one track,” Simmons continues. “On another song I wanted to bring in our friend Norton Buffalo on harmonica. It took me a while to get it all arranged, but I was able to get that done. We went a little further this time.”

“A Brighter Day,” Johnston says, is a case in point. “The song went from okay to where it is now solely because it took us so long to do the album. That gave us the chance to sit back, listen and figure out what each song needs.”

The project also gave Templeman an opportunity to address one of his longstanding frustrations. “Nobody,” the band’s first-ever single from their self-titled debut album, was never the recording Templeman hoped it would be – particularly the hard-to-distinguish rhythm section. “The nuts and bolts are the same, but there’s an intro that wasn’t there before,” Johnston says. “John’s doing a new Dobro part and the drum pattern is different.”

“The rest of the tunes go to places the band hasn’t necessarily visited before,” Johnston says. “‘World Gone Crazy,’ ‘A Brighter Day,’ and other songs were written on keyboards, not guitar. The style of songs like ‘Old Juarez’ and ‘New York Dream’ are a departure from anything we’ve ever done.” Simmons’ touching ballad “Far From Home” with his distinctive finger picking guitar work augmented with cello melodies, and “Don’t Say Goodbye” featuring John McFee’s Stéphane Grappelli-like violin intertwined with Norton Buffalo’s beautiful chromonica playing also break new ground.

And if fans have any understanding of what to expect from the Doobie Brothers, it’s probably the unexpected. “In a certain sense, it’s vintage Doobie Brothers,” Simmons says. “It certainly has the two original writers and there’s a certain signature there in terms of the vocal sound that comes from each of us as writers. As far as the songs are concerned, there are elements of things we’ve done in the past and some new ways we’ve applied them. There are also some newer approaches and elements we haven’t used.”

McFee says “The one thing that has always been true of the Doobie Brothers is an avoidance of limiting the music stylistically – it’s always been about making the best music the band can do, no boundaries involved.”

“The band is the band, and that’s a good thing,” Johnston says. “You don’t want to go so far that people say, ‘Who the hell is that?’ The vocals are big identifiers as Pat and I have voices people seem to know. And a song like ‘Old Juarez’ has a Doobie-ish feel even though it’s a Latin style track.”

“That’s been the goal with all of our records,” Simmons sums. “To try to achieve that diversity but at the same time remain true to ourselves.” And if World Gone Crazy is a microcosm of the (greater) Doobie Brothers, then the Doobie Brothers are as appropriate a projection of American music as can be found in one long running association of musicians. “This band represents a lot of American music styles,” Johnston says. “From the finger-picking stuff that Pat does – and John can do as well – to blues, jazz, rock and roll. By the time you get done you’ve got, to lift a song title from another group, an American band.”

Like the nation that spawned the many musical styles they’ve adopted, the Doobie Brothers’ deepest traditions are change, growth, striving and an abiding faith in the future. And so World Gone Crazy pays tribute to the Doobie Brothers legacy the most appropriate way possible…by moving resolutely forward.