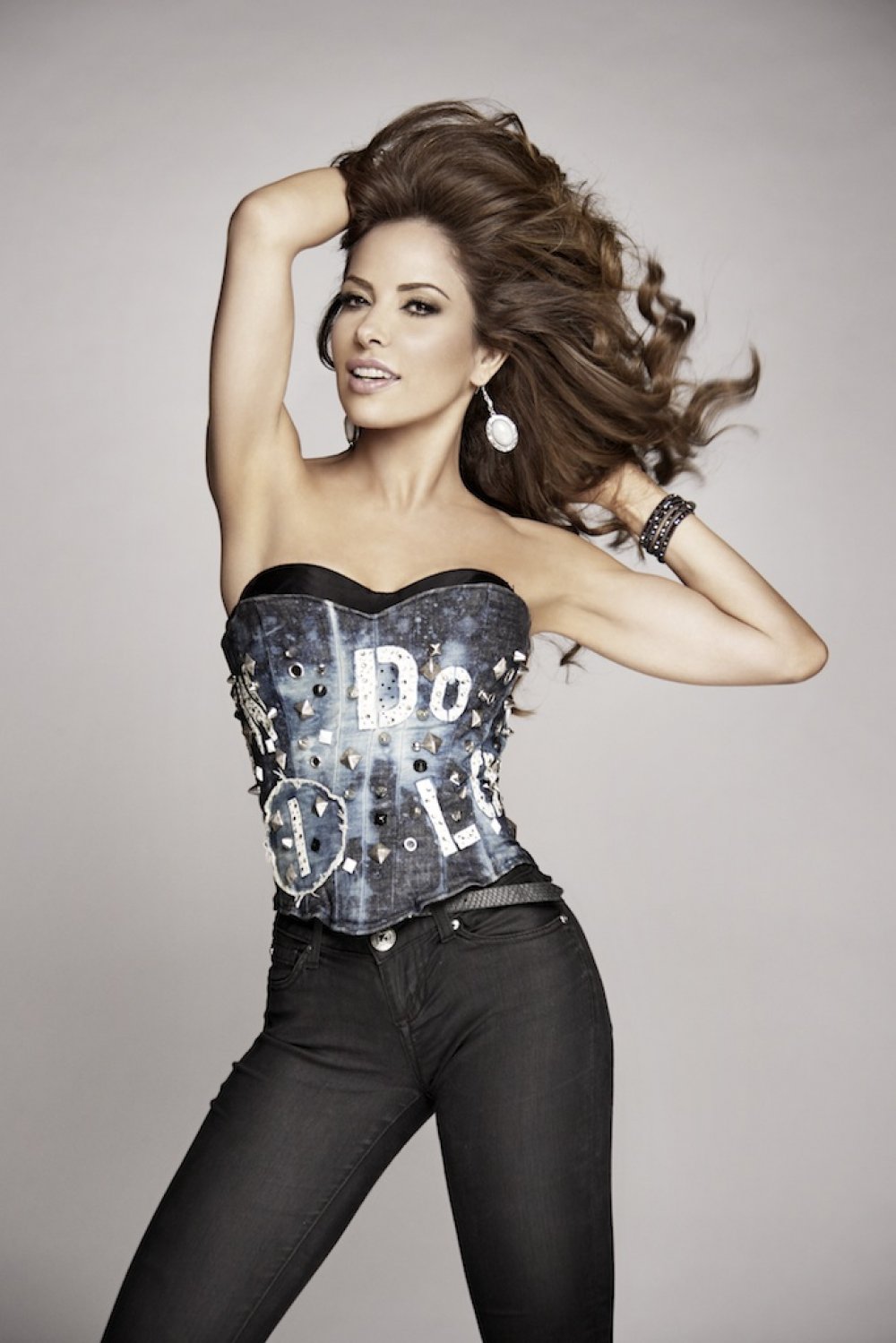 Gloria Trevi, Mexico’s white-hot, controversial rock phenomenon, burst into the spotlight and hasn’t stopped yet. A glamorous, uninhibited Latin dynamo, she returns to the concert touring stage during 2005. She will tear up the stage performing her own popular tunes (and possibly one or two songs by Led Zeppelin, Deep Purple or The Doors). This multi-talented sensation not only sings, dances and plays piano, but literally sets the stage on fire with her African drum riffs–her drumsticks are set ablaze. With her mane of dark hair, husky voice and unique dress, she is a sex kitten one minute, an innocent street urchin the next and now a rock ‘n’ roll dynamo.

Gloria Trevi is a heroine worshiped by millions of children, teens and adults for daring to speak out honestly on volatile topics. Her ideas challenge longstanding sexual and social taboos and are debated by the Hispanic intelligentsia. Her outrageous exploits on stage and off are not unlike a certain material girl in the United States and have earned her the nickname “La Atrevida” (The Bold, Insolent One). Fans imitate, besiege and venerate her. The conservative protectors of the public good are continually shocked and outraged at her behavior and the moral changes she represents.

Gloria Trevi’s first five records have sold more than seven million copies combined, and her first film broke all box office records in Mexico and is the biggest moneymaker in Mexican motion-picture history. Her tongue-in cheek pinup calendars sold over half a million copies. She regularly plays to crowds of 20,000 to 30,000 in Mexico and 10,000 to 15,000 in the United States. She has been featured in People Magazine, The New Yorker, Los Angeles Times, Billboard, The Wall Street journal, Village Voice and on MTV.

Gloria Trevi was born in 1970 in Monterrey, an industrial city in northern Mexico. Her talent became apparent early. She wrote poetry at the age of five and learned to play the piano and dance ballet. As a young teenager, Gloria left home for Mexico City to pursue her dream of a career as an actress of dancer.

Doors did not open immediately for Gloria Trevi. Building a career, as many stars know, can be lonely and difficult for several years. To make ends meet, she sold tacos from a makeshift stand and taught aerobics 12 hours a day. All the while, she studied music and dancing and held tight to her dreams. In 1985, she worked briefly with an all-girl musical group, Boquitas Pintadas (Little Colored Mouths). Finally, a well-known producer, was so impressed with her that he helped her record an album of songs she had written.

In 1989, Ms. Trevi persuaded a Mexican record label to release that album, “Que Hago Aqui?” (“What Am I Doing Here?”). Her first single, “Dr. Psiquiatra” (“Dr. Psychiatrist”), rose to No. 1 on the charts seven days after its release and stayed there for 11 weeks. Four other songs quickly moved to the top of the Hit Parade.

Television and live performances increased her popularity. She became known for defying cultural stereotypes of female submissiveness by playing the aggressor on stage and undressing hapless males from the audience. A tremendous hit with young people, Ms. Trevi’s behavior drew scathing barbs from the conservative press and public.

Her second album, “Tu Angel de la Guardia” (“Your Guardian Angel”), was released in 1991 and became an instant hit among young and old in Latin American countries as well as the Hispanic population in the United States. A single from that album, “Pelo Suelto” (“Loose Hair”), turned into an anthem of freedom and joy for Hispanic youth everywhere.

Pelo Suelto, a movie named after her hit song and somewhat autobiographical, broke all box-office records in 1992 and took the Latin film industry by storm. The film’s success drew invitations to perform outside Mexico. The response from audiences was overwhelming as thousands rushed to see their “loose hair” idol, even as the conservative public and press raged against her irreverence.

She once again astonished the Latin world with Gloria Trevi’s ’92 Calendar. Fourteen big photographs portrayed Ms. Trevi semi-nude with her signature style–funny, provocative and yet subtly feminist. More than 300,000 copies sold out quickly in newsstands all over Latin America.

Now a major international star, Ms. Trevi launched another successful tour throughout the U.S., Mexico, South America and the Caribbean in 1992. Her first nightclub act was booked solid for three consecutive weeks, and stadium performances regularly packed in audiences of 20,000 to 30,000. A crowd of 38,000 at the Vina Del Mar Festival in Chile applauded wildly to vote her the title “Lady of the Monster” in honor of her popularity.

A third album, “Me Siento Tan Sola” (“I Feel So Lonely”), was recorded in Los Angeles in April of 1992. Top musicians Vinnie Colaiuta, Sting’s drummer; Jimmie Glaser, guitarist for Jean Luc Ponte and Chic Corea; and Jimmy Johnson, Allan Hollsworth’s bass guitarist joined Ms. Trevi in the studio. The music conveyed the feeling of rock pioneers and themes dealt with current social and political issues. The album was released in June and has sold 800,000 copies to date. A single, “Zapatos Viejos” (“Old Shoes”) shot to the top of the charts.

Gloria Trevi’s ’93 Calendar, more suggestive than the first, sold 100,000 copies the first week. Over 500,000 calendars have been distributed in the U.S. alone.

The dreams of a girl rising from obscurity three years ago have materialized into the international phenomenon of Trevimania. Gloria Trevi is the top rock star in the Latin world and an authentic cross-over artist for the English speaking music industry. Her talent and popularity won Ms. Trevi the prestigious “Calendario Azteca de Oro” from the Mexican Association of Press, Radio and Television, the “Galardon a los Grandes,” the “Antorcha de Plata” from Chile’s Vina Del Mar Festival and over 70 other international awards.