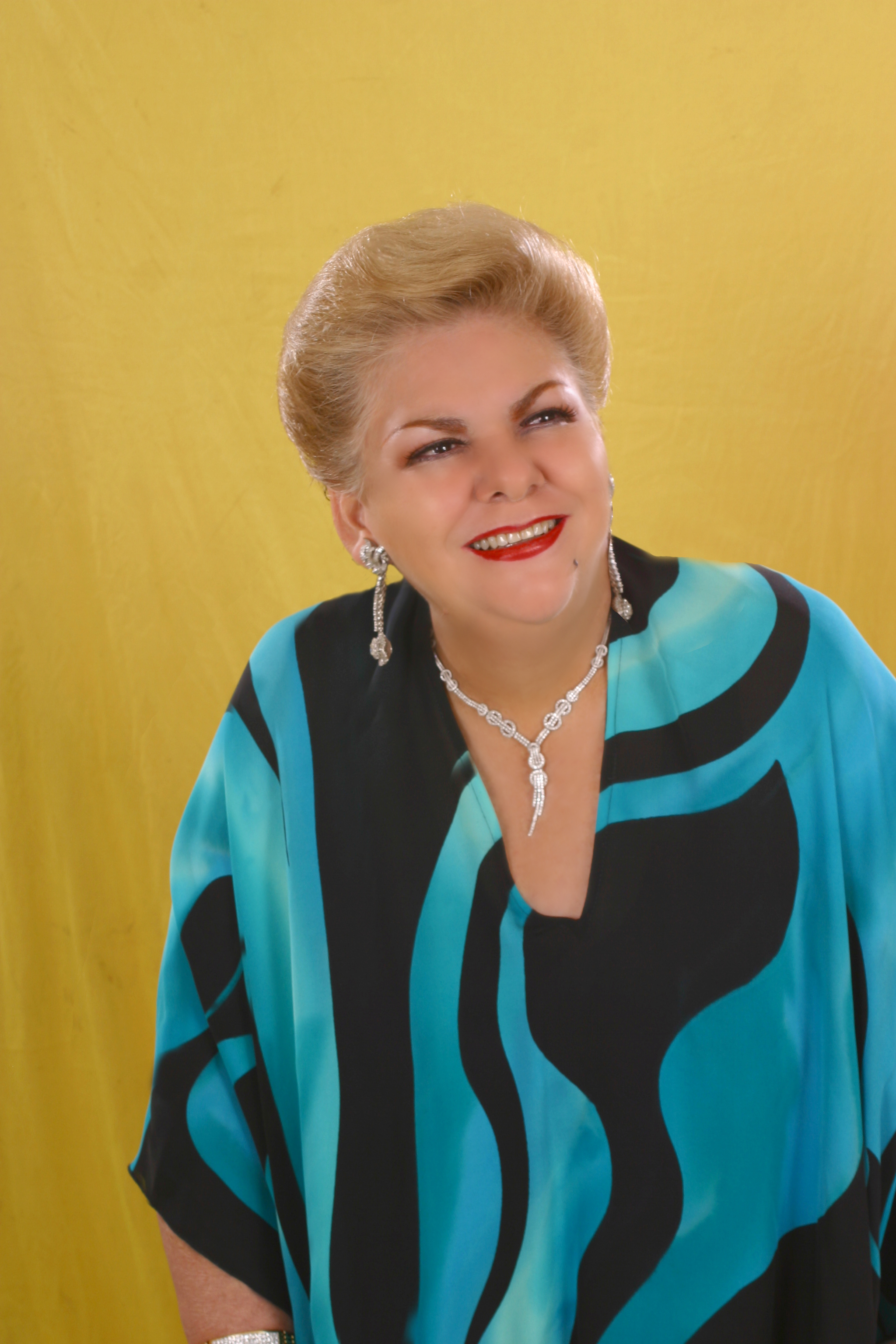 Paquita la del Barrio (“Franny from the neighborhood”) is the stage name of Francisca Viveros Barradas. Born April 2, 1947, she’s a Mexican singer of rancheras and other Mexican styles. She was born in Alto Lucero, Veracruz and started her career in Mexico City in 1970. Her songs usually take a stance against Mexico’s sexist male culture. This has made her popular among female audiences. Her signature phrase, with which she often teases male spectators in her shows, is “¿Me estás oyendo, inútil?” (“Are you listening to me, you good-for-nothing?”).

Many of Paquita’s albums and songs are jukebox staples in Mexican clubs and cantinas. One of her best known songs is Rata de dos patas (Eng: “Two-legged rat”), in which she uses a rat as a metaphor for a man. Many admirers, particularly outside Mexico, also appreciate her for her camp value. Paquita la del Barrio was married twice. Her first marriage ended when she discovered her husband’s infidelity. Her second marriage lasted 31 years, and ended with her husband’s death in 2000. Paquita duets with singer Ricardo Arjona on “Ni Tu Ni Yo” on his “5to Piso” CD from 2008. She also performed at the Premios Lo Nuestro and participated in the “Somos El Mundo” the Spanish version of “We Are The World.”