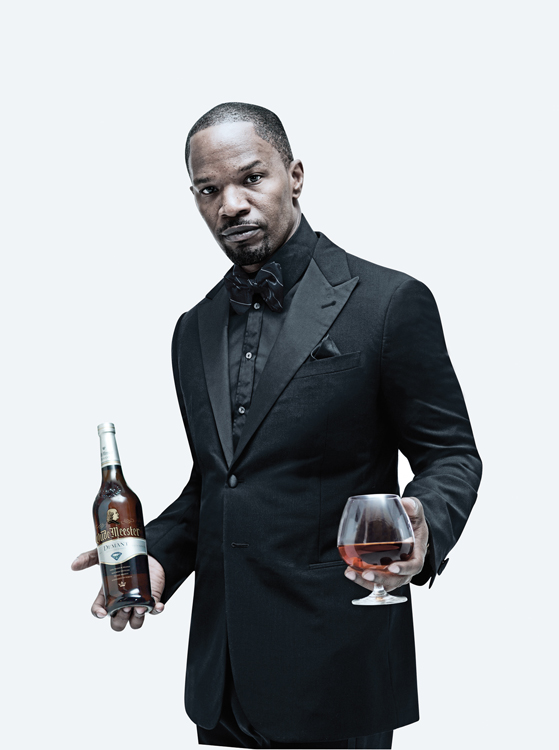 FOXX is often described as a triple threat for his versatility as an actor, musician and comedian. He was born Eric Bishop and raised by his grandparents in Terrell, Texas. It was his “Granny” who recognized his gift to perform and introduced him to the piano. By fifteen, he was serving as musical director and choir leader at Terrell’s New Hope Baptist Church. Not only was he a gifted musician, but also a star athlete at Terrell High school setting records in football and track. It was music that took this well-rounded young man to California when he received a classical piano scholarship to U.S. International University in San Diego.

Foxx first came to fame as a comedian. Still as Eric Bishop, he got his start in showbiz in 1989 when he tried his hand at standup on a dare at an open mic night. After realizing that the women who signed up for open mic nights were always selected, he used different unisex names with hopes of getting stage time. After bringing down the house as “Foxx”, the name Eric Bishop was relegated to the past. After spending time on the comedy circuit, he joined Keenan Ivory Wayans, Jim Carrey, Damon Wayans and Tommy Davidson in the landmark Fox sketch comedy series “In Living Color,” creating some of the show’s funniest and most memorable moments.

In 1996, he launched his own series, “The Jamie Foxx Show,” which was one of the top-rated programs on the WB Network during its five-year run. Foxx not only starred on the series but was also the co-creator, executive producer, and director of several episodes. He received critical acclaim for his riveting work in Any Given Sunday and as Bundini Brown in Ali. These dramatic breakout roles led to 2004, the Year of the Foxx, when he delivered a trio of powerful performances in Ray, Collateral and Redemption.

He won an Academy Award for his portrayal of the legendary Ray Charles as well as the Golden Globe, Screen Actors Guild (SAG), BAFTA and NAACP Image Awards. Foxx simultaneously garnered Oscar, Golden Globe, SAG Award, BAFTA Award, and Image Award nominations in the category of Best Supporting Actor for his work in Collateral. And he landed Golden Globe and SAG Award nominations and won an Image Award for his portrayal of condemned gang member-turned-Nobel Peace Prize nominee Stan “Tookie” Williams in the television movie Redemption.

That amazing feat marked the first time that a single actor has received three Golden Globe nominations and four SAG Award nominations in the same year. Some of his other films include: Dreamgirls, Miami Vice, Jarhead, The Kingdom, The Soloist, Law Abiding Citizen, and Valentine’s Day.

Besides his outstanding work in front of the camera, in January 2006, Foxx launched his own radio channel called The Foxxhole with SIRUS Satellite Radio. The station is a combination of comedy and music. In 2007, Foxx took on the role as executive producer of the HBO film “Life Support.” The film closed the 2007 Sundance Film Festival and stars Queen Latifah. It is an inspirational true-life story of a mother who overcame an addiction to crack and became a positive role model and an AIDS activist in the black community. The inspiration and impact of the Life Support experience proved lasting for Foxx when he recently joined forces with the Center for Disease Control and Prevention (CDC) to launch the I Know Campaign – a social media effort to increase awareness and knowledge about HIV prevention and HIV testing.

Foxx has also achieved a thriving career in music. His J Records debut, “Unpredictable,” released in December 2005 was nominated for three Grammy Awards, eight Billboard Music Awards, one Soul Train Music Award and two American Music Awards, for which he won Favorite Male Artist. Foxx received three Grammy nominations including Best R&B Album for his Platinum-selling “Intuition,” which debuted at number three on the Billboard 200 chart in December 2008. On January 31, 2010 Foxx won a Grammy for his record breaking smash hit “Blame It” featuring T-Pain in the category of Best R&B performance by a duo/group with vocals – at the 52nd Annual Grammy Awards. “Blame It”, the second single from “Intuition”, broke records including holding the number one position for 12 consecutive weeks on the Urban Mainstream Chart.

In an interview Foxx said, “I’m going to direct, write – do all I can while I can.” The multi-talented artist is currently recording his next album while working on his radio, film and television projects as an actor, writer, producer and director.