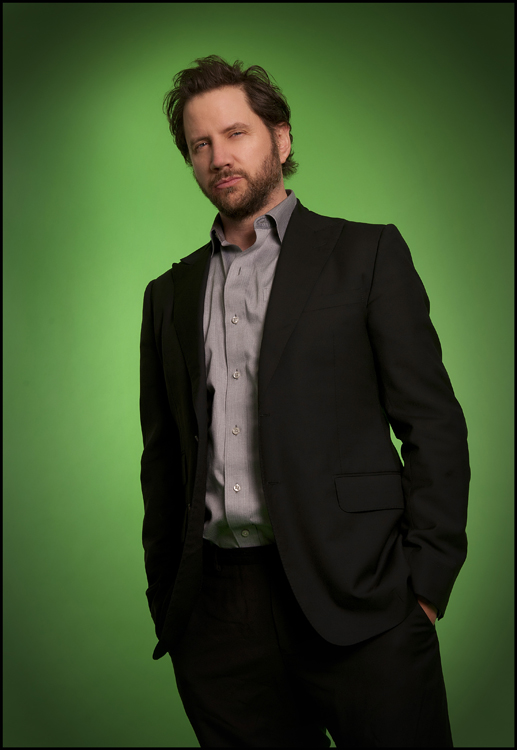 Jamie grew up in Upper Darby, Pennsylvania, the son of a machinist and a paralegal, and the youngest of six children. He spent his formative years the same way as many children: being abused by nuns in Catholic school, tormenting his parents, and avoiding any thought of long-term goals. But when Jamie’s high school guidance counselor informed him that his grades, test scores and personality best suited him to a career of shoeing horses, he decided that the time had come to get serious about the future. Jamie spent his life thus far seeking the limelight, from faking a heart attack at age eight in order to turn the tide of a losing basketball game, to hyperventilating occasionally during boring classes, so he made a logical decision — he would become an actor.

High school graduation comes and goes. Jamie enrolls in Delaware County Community College, where he earns a 4.0 grade point average after the first semester, because he dropped out of every single class except acting. His parents are none too pleased. He realized that the entertainment industry in suburban Pennsylvania is quite limited, and moved out to Los Angeles to start a brilliant career… as an extra. Jamie’s plan was well-thought out: after a few years as an extra, he’ll work his way up to a role as a wacky neighbor on a sitcom and eventually land his own television show — easy as can be. However, Jamie quickly realizes that a career highlight for an extra, or as they refer to themselves, “background artists,” is being a stand-in for Crocodile Dundee’s earlobe close-up shot, and decided to pursue a different avenue toward success — networking with celebrities.

After a series of intense callbacks, Jamie lands a job at a famed Hollywood eatery — The Red Lobster. He is thrilled to be working with the sister of Lara Jill Miller (the middle child on 80s sitcom Gimme a Break!), and hobnobbing with regular customers David Faustino (Bud Bundy of Married… With Children fame) and Arsenio Hall — he has finally arrived. But these brief brushes with the rich and famous fail to procure acting work for him, and he moves on to other jobs, including a brief stint as Janeane Garofalo’s maid, a job at the “Humphrey Yogurt” ice cream parlor (where Jamie is routinely taunted by his sixteen-year-old boss, Tiffany) and a waiter gig at a Beverly Hills vegetarian restaurant, highlighted by porn star Ron Jeremy’s frequent requests for orgy-friendly food (no dairy, wheat or sugar). Whether getting fired from a job as a page after pestering Tony Danza with questions regarding how to procure an agent, or being docked wages for asking Mindy Cohn what she’s up to post-Facts of Life (answer — a grim “nothing”), Jamie manages to stay upbeat and keep his eye on the prize, never giving up hope that he’ll one day be a working actor.

His hard work starts to pay gains. But even after getting accepted by the Elyse Marshall School for Acting and Modeling and landing an agent who only works with eight year olds and advises Jamie to get a nose job, he still can’t get a paying acting job — the closest he comes is a callback for the part of a Dancing Egg for the California Fresh Eggs campaign. A summer at the British American Drama Academy in Oxford proves frustrating — the teachers decide that his quirky acting style is the result of drug addiction, he is ostracized by classmates after asking guest speaker Alan Rickman what it was like to work with Bruce Willis in Die Hard, and Jamie’s cash reserves are quickly depleted. Back in Los Angeles, running out of money, Jamie moves from his $90 a month apartment (where his sexually frustrated landlord attempts to trade late rent payments for an occasional butt-touching), then to his car, finally resigning himself to an illegal squat. Jamie loses a kidney, gains a homicidal roommate, and gets mugged for his pants.

Having hit rock bottom, Jamie realizes that he has two choices. He can give up the dream… or he can use his catastrophic career failures as fodder for a career in stand-up comedy. Though a slew of humiliations follow, such as getting booed off stage at a West Hollywood gay bar for not being “pretty enough to imitate gay men,” Jamie eventually gets recognition for his comedic stylings at more welcoming venues, such as the Laugh Factory, the Improv, and even open mic night at Scientology Headquarters. But powerful agents and managers still snub him, neglecting to return his calls or attend his performances. Jamie knows that his work is improving, but he can’t get anyone to take notice.

Then — a realization. Every actor and writer in Hollywood loves to complain about their representation, imagining that they could do their agent’s job with their eyes closed and their hands tied behind their backs. But Jamie has never been content to simply imagine, well, anything. So he takes it a step further: He becomes his own agent. He creates old-school agent Marty Power, choosing the name in the hopes that people will mistake his agent for real power-agent Marty Bauer, and crafting Marty’s fictional persona as a mélange of characteristics of the Hollywood players he has encountered. So, Jamie quits his day job as a telemarketer, and utilized the selling skills he has learned there to pose as Marty Power over the phone, complete with a gravelly Bronx accent. Months of pitching himself full-time pay off — agents and managers show up at his shows, like what they see, and vie to sign him. Jamie “segues” from Marty to actual human representation — and all of a sudden, things start going his way.

Almost ten years after alighting in Hollywood, Jamie’s acting career starts to take off. His big break comes when he is cast in Baz Luhrmann’s Romeo + Juliet, and his career takes off when he is cast as the articulately cynical geek, Randy Meeks, in Wes Craven’s Scream, which breaks box office records, spawns a successful renewal of the horror genre, and lands him a Blockbuster Best Supporting Actor Award. Roles follow alongside Steve Martin in Bowfinger and George Clooney in Three Kings. Through a slew of career successes and setbacks, Jamie does what he knows best — persevere. Five years later, The Jamie Kennedy Experiment (JKX), a television show that can best be described as a combination of Candid Camera and Saturday Night Live, is born. JKX quickly becomes The WB’s highest-ranking new show, attracting three million viewers each week.

Jamie is currently producing two new series for The WB airing in early 2005: reality-based The Starlet and the comedy Living With Fran (starring Fran Drescher).