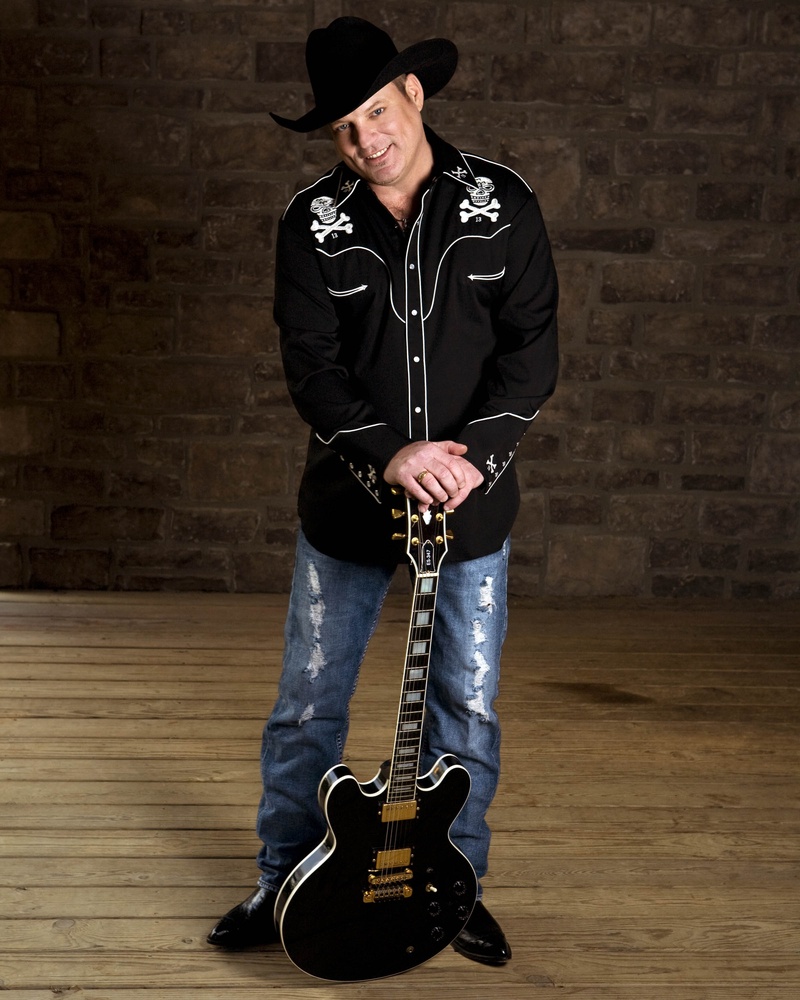 John Michael Montgomery has turned an uncanny ability to relate to fans into one of country music’s most storied careers. Behind the string of hit records, the roomful of awards and the critical and fan accolades that have defined his phenomenal success lies a connection that goes beyond his undeniable talent and his proven knack for picking hits. Since the days when “Life’s A Dance” turned him from an unknown artist into a national star, John Michael’s rich baritone has carried that most important of assets–believability. Few artists in any genre sing with more heart than this handsome Kentucky-born artist.

It is readily apparent in love songs that have helped set the standard for a generation. Songs like “I Swear,” “I Love the Way You Love Me” and “I Can Love You Like That” still resonate across the landscape–pop icon and country newcomer Jessica Simpson cited “I Love The Way You Love Me” as an influence in a recent interview. It is apparent in the 2004 hit “Letters From Home,” one of the most moving tributes to the connection between soldiers and their families ever recorded, and in “The Little Girl,” a tale of redemption that plumbs both the harrowing and the uplifting. It is apparent even in the pure fun that has always found its way into John Michael’s repertoire–songs like “Be My Baby Tonight” and “Sold (The Grundy County Auction Incident),” where John Michael’s vocal earnestness takes musical whimsy to another level.

John Michael’s origins lie in deceptively modest beginnings. He was born in Danville, Kentucky, to parents who imparted a lifelong love of music. “Where most people have chairs and sofas in their living rooms,” laughs John Michael, “we had amplifiers and drum kits.”

The family band played on weekends throughout the area, and John Michael and his brother Eddie eagerly soaked up everything about it.

“To a certain extent,” he says, “my dad always had a natural ability to draw fans and entertain people; I don’t care if it was on the front porch, the living room, or on a stage. I think that transitioned to me and my brother being able to do that on stage.” John Michael took over lead singing chores after his parents divorced, and he performed for a while in a band called Early Tymz with Eddie and their friend Troy Gentry. Nashville talent scouts began hearing about and then seeing John Michael perform and by the early ’90s he had a record deal.

The hits followed steadily, with songs like “Rope The Moon,” “If You’ve Got Love,” “No Man’s Land,” “Cowboy Love,” “As Long As I Live,” “Friends” and “How Was I To Know” establishing him as one of the elite acts of the era. He received the CMA Horizon award and was named the ACM’s Top New Vocalist, setting off a long series of awards that included the CMA’s Single and Song of the Year, Billboard’s Top Country Artist, and a Grammy nomination. Heavy touring meant he kept the close touch with fans he had begun in the clubs back home.

“You get to know your fans and what they like more and more through the years,” he says, “and you kind of gravitate towards one another.”

Indeed, he has always had an extraordinarily close relationship with his fans, and they have stayed with him through good and bad times.

Asked what he thinks gave him the edge in a career that calls millions but gives stardom to just a few, he pauses, then thinks back to the legacy of his parents.

“I reckon it was good genes and good blood,” he says with a smile. Few who know the depth and breadth of his own growing legacy would disagree.