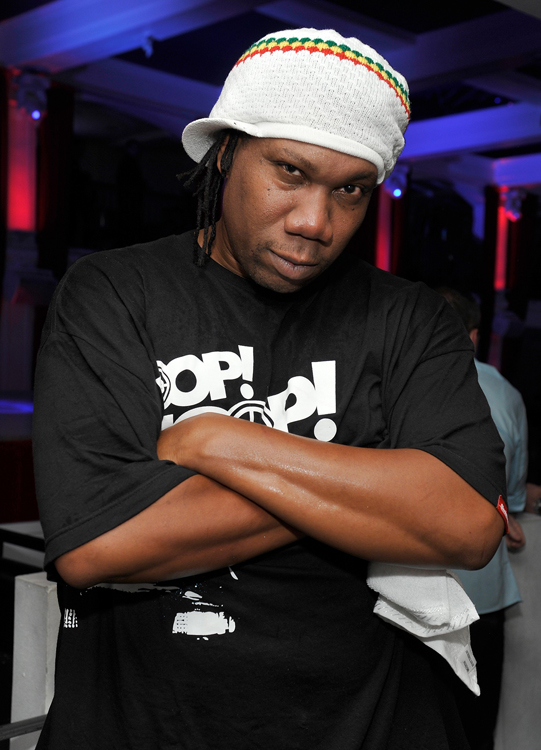 New York, NY – After 13 years of recording for Jive Records, producing such classic albums as “By All Means Necessary,” “Ghetto Music: The Blueprint of Hiphop,” “Edutainment,” “BDP Live Hardcore,” “Sex and Violence,” “Return of the Boom Bap,” “KRS-ONE” and “I Got Next,” KRS-ONE is released from Jive Records. He now joins his long time undaground label Front Page Recordings headed by CEO Simone Parker.

KRS-ONE, the legendary Emcee, producer and philosopher, has influenced the very thinking of Hiphop Kulture for over a decade. His first album, “Criminal Minded” (B-Boy Records) remains a Hiphop kultural classic to this day. Arguably the most respected Emcee in the world, KRS-ONE has been called the “greatest Emcee of all time” (Blaze Magazine), “greatest live performer of all time” (Source Magazine) and “…the conscience of Hiphop” (Rolling Stone Magazine). Having founded the Stop The Violence Movement, Human Education Against Lies, and the Temple of Hiphop, KRS-ONE, an acronym for Knowledge Reigns Supreme Over Nearly Everyone, stands as the foremost authority on Hiphop Kulture’s meaning, purpose and history.

Scheduled for release March 27, 2001, his ninth studio album “THE SNEAK ATTACK will “…restore the focus of Hiphop Kulture,” says KRS-ONE. “It will offer an alternative to the sometimes over-commercialized Rap product of today.” As KRS-ONE puts it, “I don’t perform solely for money, I only rhyme when it is necessary, and it has become necessary…”

Alan Grunblatt, Executive Vice-President of KOCH Entertainment says, “KRS-ONE was the first Rapper I ever worked with back in 1988. He’s an Artist that transcends genres – it’s an honor to work with him again.” Simone Parker, CEO Front Page Entertainment says, “the distribution deal we have created with KOCH Entertainment is the first of its kind. For the first time in the history of Rap recording, our contract contains a Kultural clause, which states that KOCH and In The Paint Records will ‘…perpetuate the tenants and Refinitions of Hiphop Kulture.’” This is a landmark achievement for Rappers that are true to Hiphop Kulture yet record, and work for corporations that tend to overlook Hiphop’s kultural principles.

In The Paint Records is the American artist and repertoire arm of KOCH International. In The Paint is KOCH Entertainment’s new rap label and is one of the fastest growing rap labels in the country. KOCH International is one of the largest independent music companies in the world. KOCH Records, its flagship label, was ranked #2 on Billboards mid-year independent record label statistics chart.