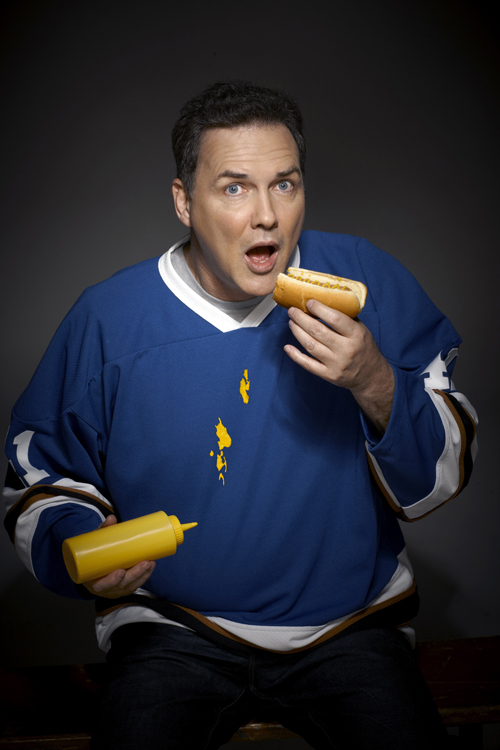 Perhaps best known for his offbeat delivery of “the fake news” on “Saturday Night Live” for five seasons, Norm Macdonald is a major comedic presence. Aside from his notable characterizations of Bob Dole and Burt Reynolds, Macdonald proved that his acerbic wit and writing were not to be contained to just the small screen.

He recently starred in the film Dirty Work, which he also co-wrote; and as the voice of Lucky the Dog in the Eddie Murphy hit, Dr. Doolittle. Macdonald was also seen in Billy Madison with Adam Sandler, and in Milos Foreman’s Academy Award-nominated The People Vs. Larry Flynt.

Forthcoming feature film projects for Macdonald include Pittsburgh, scripted and co-directed by Golden Globe-winning and Academy Award-nominated screenwriters Scott Alexander and Larry Karaszewski, who wrote The People Vs. Larry Flint; and the forthcoming Andy Kaufman biopic, Man On The Moon, in which Macdonald will also appear.

A native of Quebec City, Canada, Macdonald began his stand-up career 11 years ago in comedy clubs throughout Canada. Upon moving to Los Angeles, he became a writer on the ABC hit series, “Roseanne”.