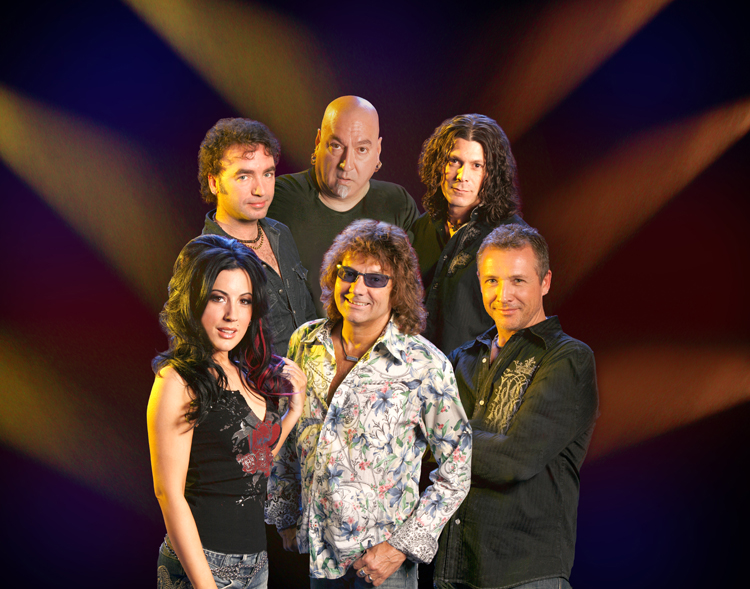 Mickey Thomas was born on December 3rd. in Cairo, Georgia. Also born upon this date are rocker Ozzy Osbourne of Black Sabbath and crooner Andy Williams.

Mickey Thomas was inspired to take part in music after seeing a Beatles performance in 1964. He travelled to Atlanta with long time childhood friends Charles Connell, Lewis Oliver, and Tommy.

Mickey sang all lead vocals in a band that was formed when he was just 15 years old.

Verran and Walter Wight. Thomas, Connell and Verran wound up in their first rock and roll band together. Ironically, Verran was the lead singer at the time. They split up to go to different colleges, but later reformed in the early 1970s along with friend Bud Thomas as “The Jets.”

While singing lead for The Jets, in 1974, Thomas joined the Elvin Bishop Group as a harmony singer, and eventually made it to lead vocals. His best-known achievement was singing on Elvin Bishop’s chart hit “Fooled Around And Fell In Love,” a number 3 single in 1976.

In early 1979 Mickey Thomas was asked to join Jefferson Starship after the departure of Marty Balin and Grace Slick. In 1981, Mickey Thomas recorded a second solo album, Alive Alone.
Two years later, one of Thomas’s former band mates in the Elvin Bishop Group joined Mickey as the drummer in Jefferson Airplane.

Latter, Donny Baldwin became Starship’s new drummer. After the completion of the group’s lineup with Baldwin, Starship embarked upon an International tour.

Mickey Thomas spent most of the early eighties as the main vocalist of Jefferson Starship, performing several duets with Slick (who rejoined in 1981) and gaining greater influence in the band.

After Paul Kantner left in 1984, Thomas was sole leader of the band. From 1985 to 1989 the newly dubbed “Starship” scored some of its biggest hits.

Soon their fortunes as pop music artists soon ran out, and Mickey turned to other entertaining options.

Mickey has, also, appeared in the 1989 film “Dream a Little Dream,” as well as, having recorded the film’s titled theme song and its duet version with Mel Tormé for the soundtrack. The duet version was also played during the end of the film.

In 1990, Mickey changed the name to “Starship featuring Mickey Thomas;” touring has continued with this title. In 1998 he guested on Sammy Hagar’s album, Marching To Mars.