You are here: Home1 / Exclusive Asian2 / The Tokens 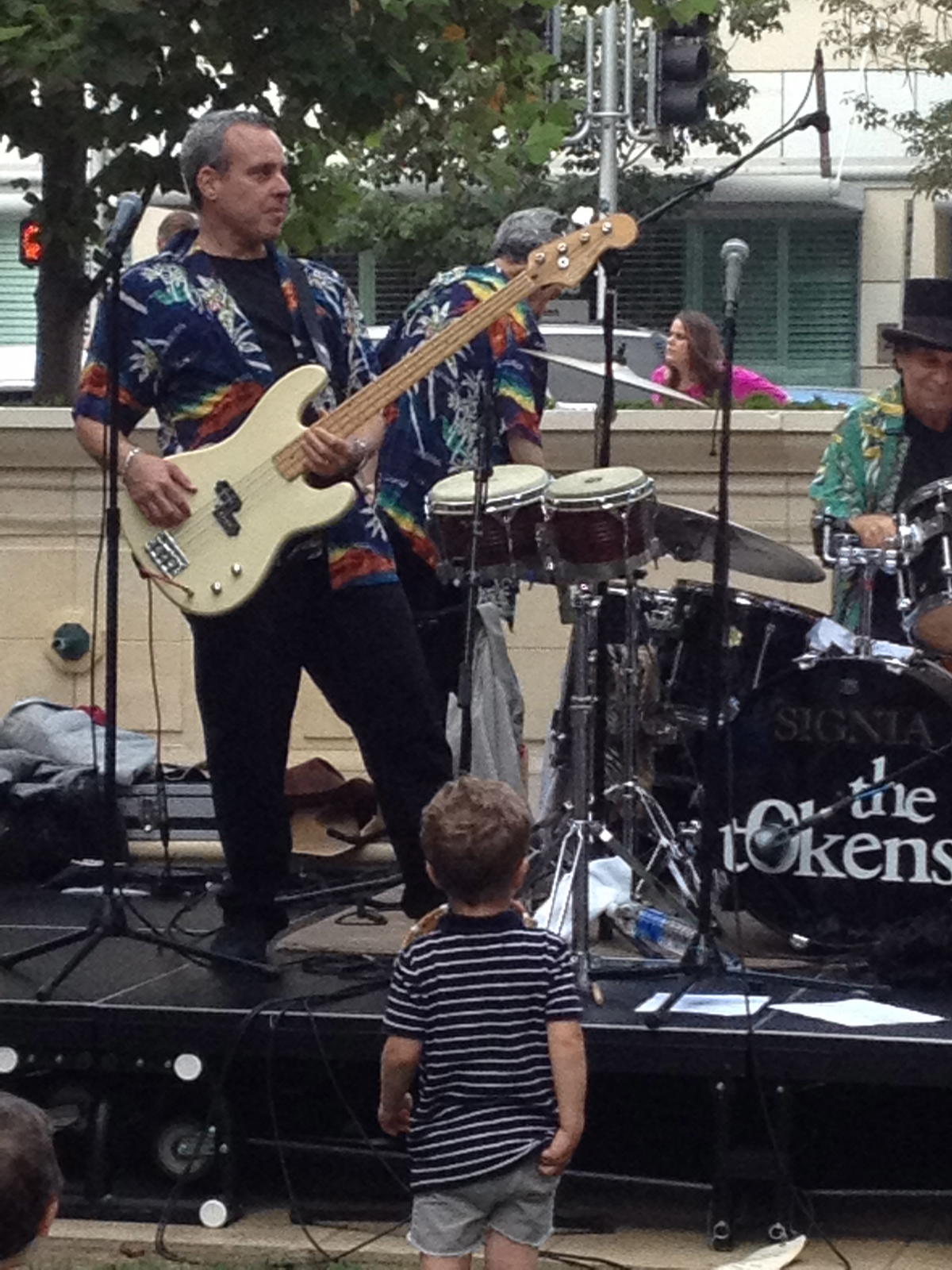 In 1961 THE TOKENS, four boys from Brooklyn, recorded “The Lion Sleeps Tonight” on the RCA label. The song (originally a Zulu folk song called “Mbube” Anglicized to “Wimoweh”) soared up the charts to become the number one hit in the nation. To date it has sold 15 million copies throughout the world. In a survey conducted by the National Endowment for the Arts and the Record Industry Association of America The Tokens’ classic recording of “The Lion Sleeps Tonight” placed 159th in the top 365 records of ALL TIME.

THE TOKENS’ other hits include “Tonight I fell In Love,” “I Hear Trumpets Blow,” and “Portrait Of My Love.” They have also produced many number one recordings for groups such as THE CHIFFONS (He’s So Fine & One Fine Day), THE HAPPENINGS (See You In September & I Got Rhythm) and TONY ORLANDO AND DAWN (Knock Three Times & Tie A Yellow Ribbon). True rock pioneers, they were among the first to successfully use the falsetto lead voice, a sound that would later influence groups from the Four Seasons and the Beach Boys to Led Zeppelin and Rush. They were also the first group to play their own instrument tracks for recording sessions.

In 1998 The Tokens came to the conclusion that although the national anthem opens every game in US professional sports, they believed it was being over- looked and disregarded these days both in exposure and in meaning. Baseball coverage rarely televises the anthem in favor of going to a commercial. This denies it to millions of people. This motivated the classic vocal group to embark on their now historic “ANTHEM “98″ TOUR.” It began at Chicago’s venerable Wrigley Field on April 6, 1998 where the Chicago Cubs hosted the Montreal Expos. Leading off thirty major league games through the summer with their harmonic, a-capella renditions of “The Star Spangled Banner” and “Oh Canada,” The Tokens concluded their record- setting stadium tour on September 19th at Oriole Park at Camden Yards in Baltimore when the Orioles played the New York Yankees. That date was also the 2,632nd and final day of Cal Ripkin’s remarkable consecutive game streak. A memorable shared experience. Baltimore was chosen for the last stop of the tour because it was in that city where Francis Scott Key composed “The Star Spangled Banner” while witnessing the British attack on Fort McHenry.

c/oPhil Margo140 South Almont Drive Beverly Hills, California 90211-2505 Phone/Fax (310) 276-6638thetokens.com / margobooks.com The Tokens received recognition from the Guinness Book of World Records. They became the FIRST POP GROUP to sing the national anthem in all 30 major league baseball parks in ONE SEASON as required for Guinness Book entry. The group also paid homage to our national pastime by performing at the National Baseball Hall of Fame and Museum in Cooperstown, NY, on June 20, 1999. In November of 1999, the popular music channel VH-1 named The Tokens “The Most Patriotic Group” and honored them on the special series “Rock and Roll Record Breakers” on February 25, 2000. The Tokens’ newest CD, The Tokens Unfurled features their versions of “God Bless America” and “The Star Spangled Banner.” Included in The Tokens’ version of our National Anthem is the last part of the original fourth stanza which begins with the words, “Then conquer we must when our cause it is just,” and speaks of victory as opposed to survival as does the traditional first stanza.

Individually, the members of The Tokens are busy with their own projects in addition to their touring schedule. Mitch Margo continues to create independent music and television projects. Phil Margo is a successful writer and producer in the television and movie fields. His most recent project was the highly rated NBC Mini-series “Asteroid.” Jay Leslie has been working as Musical Director for the long running CBS soap “The Young and The Restless.” Mike Johnson is a sought after musical arranger. Noah Margo (Mitch’s nephew and Phil’s son) is the only Token with a graduate degree. Noah, his wife Laura and Phil wrote a children’s book entitled “The Very First Adventure of Fulton T. Firefly” which has been published* with vivid illustrations by Mitch. Ari Margo (Phil’s nephew and Mitch’s son) is a student of Computer Sciences.

Best known for their signature classic, “The Lion Sleeps Tonight, found in The Tokens’ “Oldies Are Now” CD, their recent “Unscrewed” effort contains the parody Ba Ba Booey written by the group and performed on the Howard Stern Show. Also on “Unscrewed” is the double entendre tune “Naked Before You.” Another Tokens’ CD, “Tonight The Lion Dances” (AKA Esta Noche, El Leon Baila) features the popular, “Only In My Dreams.” A bilingual blend of musical cultures, the album also includes Latin classics as “La Bamba” and timeless favorites like “Save The Last Dance For Me.”

THE TOKENS are self-contained and entertain at conventions and corporate parties using custom material. They also appear on cruises, at fairs, festivals, fundraisers, special promotions and have taken the stage at venues such as: The Greek Amphitheater, The Universal Amphitheater; Radio City Music Hall; Disneyland; The Ritz Carlton in Cancun, Mexico for Equitable Life and Walt Disney World. They also made guest appearances on “The Tonight Show starring Jay Leno;” Howard Stern; CBS This Morning. Their blend of showmanship, humor and excellent musicianship has made them a favorite headliner throughout the World. On July 6th of 2005, The Tokens were inducted into the Vocal Group Hall of Fame.

The Flamingos
Scroll to top