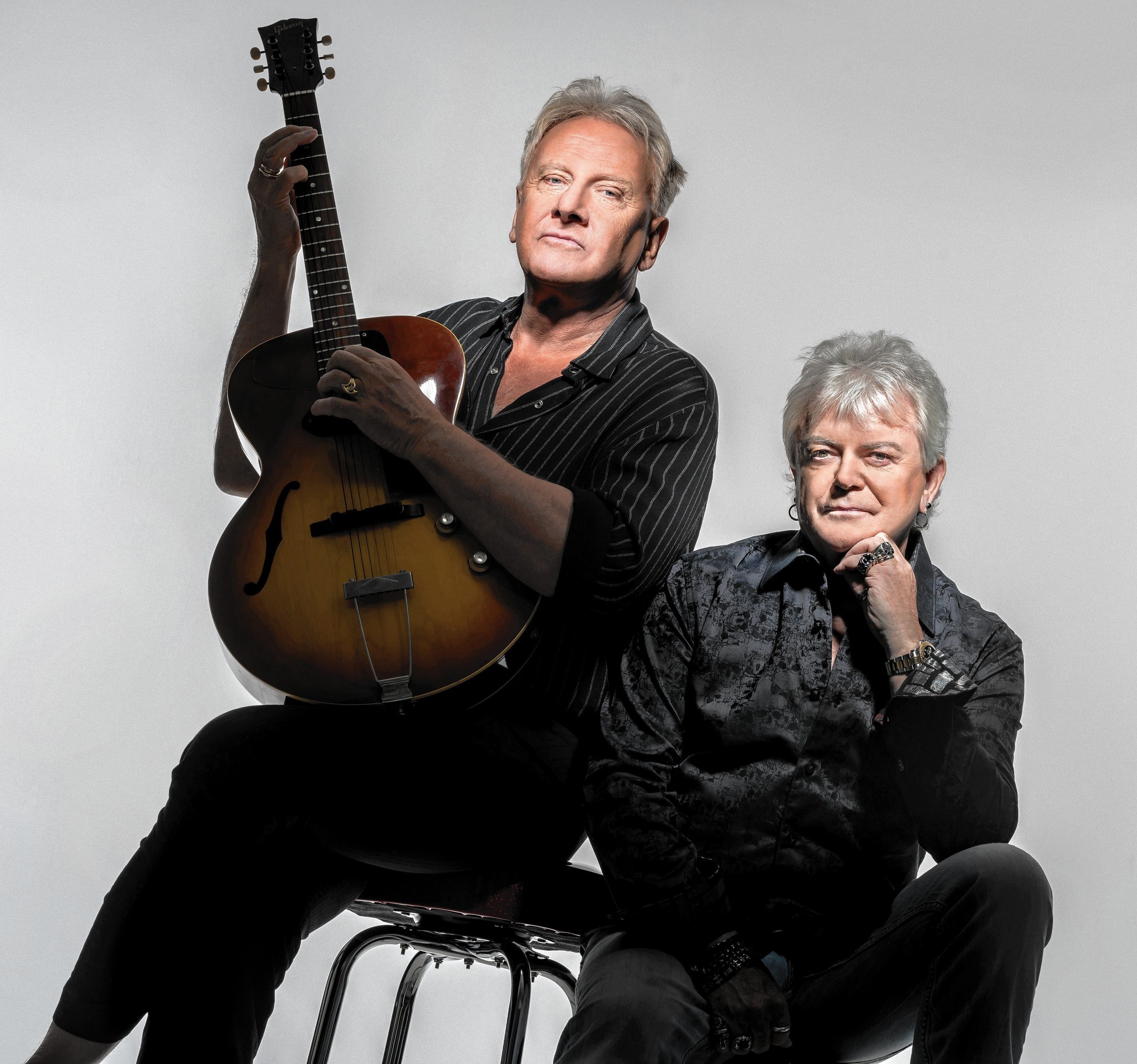 In 1975, Graham Russell & Russell Hitchcock met on May 12th the first day of rehearsals for ‘Jesus Christ Superstar’ in Sydney, Australia. They became instant friends with their common love for the Beatles and of course singing.

After the shows performance at 10:30, they would play pizza parlors, coffee bars and nightclubs with just one guitar and two voices. They quickly gained a reputation for great harmonies and for original songs that Graham was writing constantly. They made a demo on a cassette, of two songs, ‘Love and Other Bruises’ and ‘If You Knew Me’ and took it to every record company in Sydney.

Everyone turned it down, but one – CBS Records who admired their unique style. They made a single in one afternoon and it shot to number one on the National charts. Air Supply was born! That same year, they opened for Rod Stewart across Australia and then throughout the US and Canada playing all the famous huge venues before Rod would take the stage. They found new fans, but did not break the US market.

Back in Australia they had to start again and made a record called ‘Life Support’. On this record were some treasures of songs, including ‘Lost in Love’ which went top 10 in Australia and somehow found its way to Clive Davis in New York.

Clive immediately signed Air Supply to Arista Records and in 1980, ‘Lost in Love’ became the fastest selling single in the world and leaped to the top of the all the charts. Now Air Supply was on their way. The second single was ‘All Out of Love’ and that went up the charts even quicker. Seven top-five singles later, Air Supply at that time had equaled the Beatle’s run of consecutive top five singles. The albums ‘Lost in Love’, ‘The One That You Love’, ‘Now & Forever’ and ‘The Greatest Hits’ sold in excess of 20 million copies. ‘Lost in Love’ was named “song of the year” in 1980, and with the other singles sold over 10 million copies.

The trademark sound of Russell Hitchcock’s soaring tenor voice and Graham Russell’s simple yet majestic songs created a unique sound that would forever be known as Air Supply.

However, it was the live show that always held audiences captive around the world. They were the first western group to tour China, Taiwan and countless other countries, that before would not allow pop music into their borders. In 1983 they recorded ‘Making Love Out of Nothing at All’ by Jim Steinman, which solidified the group as a permanent force in modern music. This song was released on “The Greatest Hits” album which soared past 7 million copies.

‘Lost in Love’, ‘All Out of Love’, ‘The One That You Love’, ‘Sweet Dreams’ and ‘Making Love Out of Nothing at All’ have each achieved multi-million plays on the radio.

In 1986 the group’s music was still played endlessly on radio. They began to tour in places that no one had been before with lavish productions. In South America and Asia they became a part of everyone’s life. In 1989, they recorded ‘The Earth Is’ album selling over a million copies outside of the US. This album was followed by ‘The Vanishing Race’ CD and with the singles ‘Goodbye’ and ‘It’s Never Too Late’, again saw multi-platinum success. The following albums, ‘News from Nowhere’, ‘Yours Truly’, and ‘Across the Concrete Sky’ all gave their second greatest hits album multi-platinum status as they traveled the world each and every year.

In 2000 a new production company was founded to be devoted to all of Air Supply’s future product, called A Nice Pear, which gave them complete creative control.

In July 2005, their live DVD, ‘It Was 30 Years Ago Today’ celebrates 30 years of success around the world. In fall 2005 an acoustic DVD/CD will be released called ‘The Singer and the Song’. Their next studio CD is near to completion with all new and original songs that encompass a unique theatrical theme that will show a different side of Air Supply.

It was July 2005 that Air Supply smashed attendance records when in Cuba, at one show they played to 175,000 people.