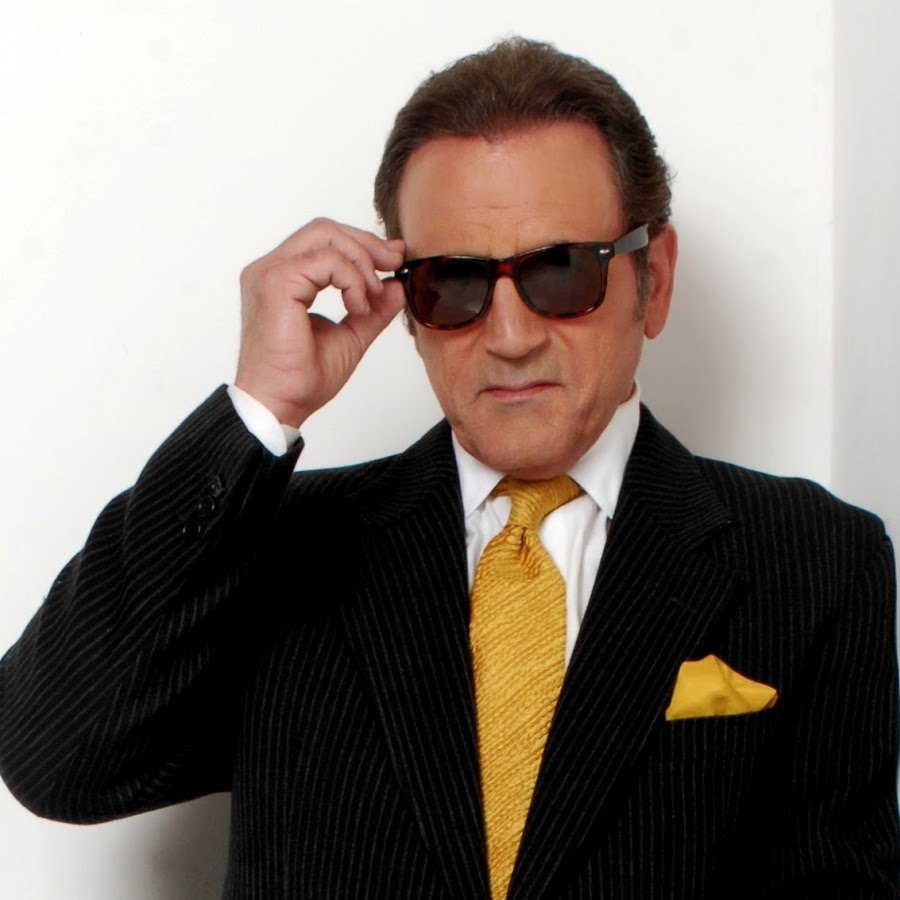 Seldom has a performer been strongly considered for an Academy Award in both acting and music, yet Frank Stallone has managed to pull it off. His fiery portrayal of a brutish bartender in BARFLY had Hollywood insiders abuzz at Oscar time, and his #1 smash hit single, ‘Far From Over’ from STAYING ALIVE was likewise touted for a “Best Song” nomination. It’s all in a days work for Frank, a gifted artist equally comfortable on screen or the concert stage. This Grammy and Golden Globe nominated artist has been everything from a street singer, a rock singer, to a big-band singer. Frank was also nominated for a Grammy for Best Soundtrack, and a Golden Globe for Best Original Song for Staying Alive. Frank has written songs for 11 films, and still plays to SRO crowds in arenas and concert halls from Los Angeles to London. From the age of five, Frank knew that music would play a dominant role in his life, ‘I wanted to be a musician and singer from the very first time I heard Elvis,’ remembers Frank, ‘I have never for a moment been derailed from that ambition. ‘Frank is one of the last of the real big band and jazz singers, in the tradition of Sinatra, Darin and Bennett. Frank records and performs around the country with his orchestra, and long time conductor Paul Vesco. Frank has sung to millions of people over the years, keeping alive the classic works of Gershwin, Rogers and Hart, Sammy Cahn, Harold Arlen and many others. Throughout high school, Frank formed a series of bands. As a young man, he left his home town in Maryland and hit the road to seek his musical quest. He worked as a street musician in NYC, sometimes making five dollars a night or nothing at all. Frank says:

Frank got his first big-break with his on-screen appearance in ROCKY, for which he wrote and performed the song ‘Take You Back,’ sung A Capella in one of the film’s unforgettable street corner scenes. A dream came true for Frank when he teamed with his lifelong idol, two-time Grammy winner Harry Nilsson, on a remake of Joni Mitchell’s classic, A Case Of You. The two remained good friends until Nilsson’s untimely death in 1994. To add to Frank’s musicial diversity, he has written and published over 200 songs. He has also recorded a pair of Big Band albums titled IN LOVE IN VAIN and FRANKIE AND BILLY with legendary arrangers Sammy Nestico and Billy May. In addition, four time Academy Award winner Sammy Cahn also contributed glowing liner notes for this project . On ‘Frankie & Billy’ Frank teamed with Billy May, the great arranger and conductor responsible for many classic recordings by Frank Sinatra. Both Albums reveal Stallone’s poise and vocal maturity. Billy May has said of the experience, ” I felt the same excitement that I got in 1958 with another Frank (Sinatra), or in 1953 from Nat Cole.” Frank’s greatest hits album STALLONE ON STALLONE – BY REQUEST is a first time collection of all the songs Frank wrote and performed in some of his brother’s biggest films, including ROCKY I, II, and III, RAMBO II, STAYING ALIVE and OVER THE TOP. New original material that is more guitar- driven and rock-oriented is presented on the album FULL CIRCLE.

On other fronts, Frank has written and produced his new album FULL CIRCLE, his most auspicious album to date since STAYING ALIVE.

On the film front, since that auspicious debut in ROCKY, Frank has appeared in over 50 movies, including BARFLY, TOMBSTONE, HUDSON HAWK, STAYING ALIVE and many others. Also a veteran of the stage, Frank has starred in acclaimed repertory productions of such theater classics as WAITING FOR GODOT, STUDS LONIGAN, OUR TOWN, IDIOT’S DELIGHT, JOHNNY GOT HIS GUN, and ALL MY SONS, to name a few. Plus he is working on a screenplay and novel entitled , ‘THE FRIGHTFUL PUNISHMENT’ based on the life of fighter Ad Wolgast, Lightweight Champion of the world from 1910 till 1912, who spent the last 30 years of his life in a mental institution, due to punishment he received in the ring.On stage, Frank is a natural, his broad experience playing in concert halls all over the world has given him an edge as a performer. ‘I can’t wait to get out there and sing’ notes Frank.

The same kind of upbeat anticipation colors every creative endeavor he undertakes. Frank’s lifelong musical journey continues and his enthusiasm for entertaining remains unshaken. Although Frank’s career schedule is busy, there is still time for a few of his other interests – Fishing, Horseback riding and Archery. In Addition, Frank is a noted authority on boxing and memorabilia starting from the 19th Century and has one of the better collections in the country. He currently resides in Los Angeles.

The Friends of Distinction
Scroll to top