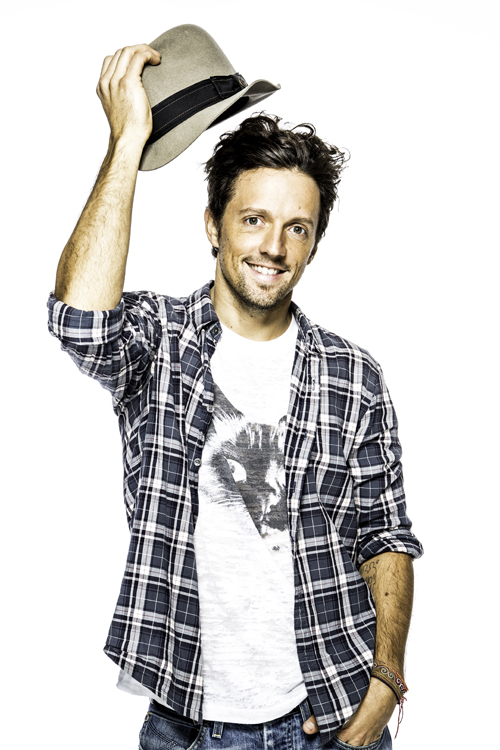 As biographies go, I should tell you about where and how I was raised in Mechanicsville, Virginia. I should tell you how I manifested my creative wild side while my parents were busy divorcing, working, and remarrying. I should explain the kinds of pop music I listened to, whether it was on the oldies stations or the same explosive jam stations that presented star-studded skate nights in my rural community rinks. It would be wise to mention a minor stint in musical theatre before picking up the guitar in those Big Apple college years, as well as discuss what eventually brought my C average up to an A when I found a voice to follow which eventually carried my heart and soul to the salty streets of San Diego. It’s a good story really, but it’s been told time and time again and I’m about tired of answering questions about the mischievous psychic in central park. It turns out he was really just a homeless guy asking for a dollar and I accidentally shook his hand and began an eternal trip down hallucination lane. Since then it seems I haven’t been able to come down from the cosmic absurdity that surrounds my song and chance. What’s most important to this bio is the understanding that at the end of the day, despite my whereabouts and disposition, I always did it my way.

Does a bio have to be only about the past? Couldn’t it reflect something more immediate and present? Could a bio be used to tell the future?

Either way you look at it, it doesn’t change my appearance. I am who I am and you are who you are and everything else is a perception based on acceptance, deception, smoke, mirrors, and so on. It’s everything in between us that seems to justify our accidental identities. Does that make sense?

In summary, a perfect bio would read. Jason Mraz is from space.

So let’s talk about the new project!

It definitely sounds like a sequel to my first album, “WAITING FOR MY ROCKET TO COME,” only this time I used a slightly different octane of rocket fuel and had a greater amount of time to prepare its launch. Though I’ve collaborated with both my touring band and people whose influences have always affected my musical ear – such as my producer Steve Lillywhite – this album is all Mraz from beginning to end, from alpha to omega, from the frontal lobe to the reptilian membrane… from A to Z. Thus I’ve assigned it the nomenclature it naturally desired and deserved: “MR. A-Z.”

“MR. A-Z” is 365 days of Mraz in just under an hour. The album took exactly a year to make, from the day the first word was scripted in January 2004 to mastering in January 2005, giving the whole affair a true four-season feel. These 12 songs recognize the events of my last few years, in which I left the coffee houses where I was raised and was thrust into the theatre and arena circuit with the success of “Remedy.” I’m pretty sure this album will please audiences from both my caffeinated roots as well as those from my recently discovered Red Bull-and-beer-chugging jam band scene.

While the reality-based tongue-in-cheek wordsmith of “…ROCKET…” is back again, I also wanted this album to suggest that I was ready to reveal a little more about myself. The stories within these songs find your humble King of Denial having a go at my own placement in relationships lost and found again, in the ever-changing music business, as a geek and an artist and at times a controversially unpopular smoker just trying to breathe freely.

One of my goals was to allow my wisdom and perspective to resonate though a humorous persona that until now I’d only used in the live experience. A song like “Wordplay” is one of many born as a joke, meaning the writing exercise was full of laughs and great fun while it was being created. It is the first single and is meant to sound exactly as so. It’s a straight satire on what a first single should sound like. Once you get past the initial shock of the song’s pop velocity, you’ll find a soft center composed by a happy little boy making a masterful mockery of his own agenda, beating the average critic to the punch, if I do say so myself.

“MR. A-Z” is the first time I’ve dared to actually consider myself a “recording artist,” having gained a better understanding of the overall process though the experience. The primary musical objective for the album was to paint my vocals over backdrops that best reflected the nature of each individual song, to showcase my character over a variety of beautiful multi-genre grooves and styles and soundscapes. “…ROCKET…” faintly touched upon a similar idea, but this time it’s led to something truly different, with some sounds that I consider to be a new kind of music altogether.
I should note that Steve Lillywhite’s work on this album had a tremendous influence on my writing and the way we came to arrange and play the songs. Steve is so unconventional in his method of recording and producing. He goes into each album he produces with no preconceptions whatsoever. In a sense, he became a member of the band, adding an experienced ear and voice to our thought processes. He knows how to bring the best out of the players and capture a solid live take which becomes the belly of the track.

Those bellies were recorded at Allaire Studios near Woodstock, New York, and then tinkered with at my home studio in San Diego. “Clockwatching” was the first song we all knew would be on the record – it was Steve’s favorite from the get go – so of course it wound up being the most difficult one to record.

Dennis (a.k.a. “the Merch Guy”), my friend Scottish songwriter Ainslie Henderson, and I wrote “Clockwatching” together on a retreat in Wyoming about a year before we made the record. We did the whole thing with programmed beats and vocal delays, making it a fun sonic tribute to the Cure and other 80’s sound-a-likes. I composed the words on top of a washing machine in our quaint Cody cabin, culling from an assortment of scrapbook raps and fresh ideas from my drive from San Diego to Wyoming.

The final product has the coolest rhythm track on the album I think, with my drummer Adam King translating the original techno groove by playing like a machine. It swings between 80’s grooves and bright beats, stopping and starting in the most peculiar places. That’s a little something we learned from our travels with the Dave Matthews Band – audiences think you’re great if you can stop and start at the same time.

I could go on and on about every last tune on “MR. A-Z,” like how “Life Is Wonderful” started as a soft-core song called “Crane” but then, inspired by the electronica duo Zero 7, Steve and I morphed it into something more simmering and psychedelic. But I think that I probably shouldn’t go into too much detail about each individual song. Over the course of recording “MR. A-Z,” Steve taught me many things that will resonate throughout my recording career, but there was one particular thing that makes a lot of sense in this current scenario. “An artist should never have to explain what the songs are about,” he said. “The listener will determine that for themselves.”

Let’s just say that, taken collectively, the songs on “MR. A-Z” represent a specific time in my life. After all, a recording is ultimately a record of an event that took place only once. Thus, “…ROCKET…” had a freshman’s perspective on life and love – admittedly, with a bit of an unabashed know-it-all mentality. On “MR. A-Z,” I’m posing as the more appropriate sophomore, unafraid to admit my mistakes, good-natured in my verbal attacks, yet still hanging on to enough of that sophomoric angle to avoid playing it safe. This is most certainly an album that I can happily put on my application as I approach my graduation.