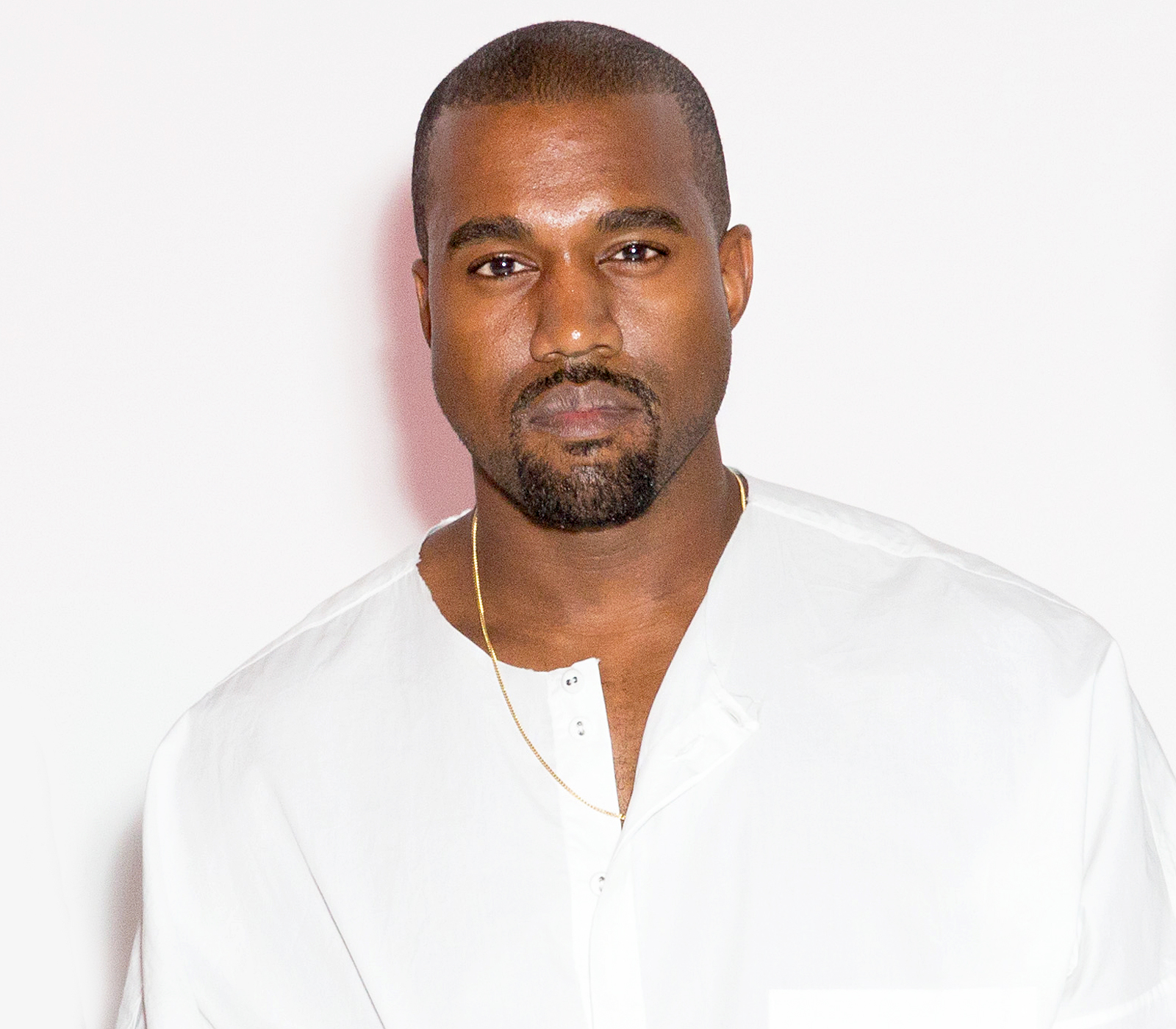 Close Your Eyes And Imagine…

Strange, perhaps, for a 28-year-old who is arguably the most important creative force in hip-hop music today, recently named to Time Magazine’s list of the 100 most influential people in the world, but West – the perpetual underdog – is still fighting for his life, currently pitched in heated battle with the latest 800-pound gorilla in the corner: Himself. “It’s hard when people are depending on you to have an album that’s not just good, but inspired,” continues West. “I mean, my music isn’t just music – it’s medicine. I want my songs to touch people, to give them what they need. Every time I make an album, I’m trying to make a cure for cancer, musically. That stresses me out!”

If “Diamonds From Sierra Leone,” the stunning first single from Late Registration, Kanye’s forthcoming sophomore effort on Roc-A-Fella Records, is any indication, the gorilla should be stressed.
“Diamonds” is signature Kanye West: Over a heavy groove and sped-up soul sample, courtesy of Shirley Bassey’s classic “Diamonds Are Forever,” Kanye’s unusual, conversational flow sounds sharper than ever, weaving his offbeat witticisms into a paean, a love-letter for The R.O.C. Sweeping and cinematic, the track’s rich instrumentation – a product of his collaboration with producer-extraordinaire Jon Brion – and dense subject matter is a unexpected first look into West’s new project. And he wouldn’t have it any other way.

Kanye West – the self-proclaimed ‘International Asshole”- has been inviting, confronting, and overcoming challenge since the beginning.

Y’all Feel A Way About K, But At Least Y’all Feel Somethin’…

No matter who you are or where you lived in 2004 – if you owned a radio, television, computer or CD player, you felt Kanye West’s presence. Since the release of his 3 million selling, critically acclaimed-debut The College Dropout, the Chicago-born 27 year old rapper/producer/hip-hop icon has been at the top of the charts and at the top of his game. From the red carpet of the 47th Grammys – where he topped all nominees with a historic ten nods and took home awards for Best Rap Album, Best Rap Song and Best R&B song – to the millions of albums sold, a sold-out stadium tour with Usher, and his ubiquitous presence on MTV, BET, CNN, and radio stations nationwide, West grew from being an artist to watch to an artist you experience.

Since stepping out from behind the production booth that birthed chart-topping hits like “Izzo (H.O.V.A.), “Get By”, “Stand Up” and “You Don’t Know My Name” for marquee artists such as Jay-Z, Talib Kweli, Ludacris and Alicia Keys to focus on his tremendous talents as a lyricist and songwriter, West has proven himself to be the most vital artist in hip-hop today.

After co-producing tracks for Harlem World and the Mad Rapper at the tender age of 20, West caught his break when the heads of A&R at Jay-Z’s Roc-A-Fella Records – Kyambo “Hip-Hop” Joshua and G. Roberson – were blown away by his soulful approach to hip-hop production. Even back then, West’s unique talent made him stand out above the crowd. His use of vintage R&B samples and live instrumentation gave his work a warmth and emotional honesty that wasn’t to be found anywhere else at the time.

While his early work suggested greatness, it was on Jay-Z’s now-classic The Blueprint that West first achieved it in a major way. Drawing from the Jackson 5 (“Izzzo (H.O.V.A)), the Doors (“Takeover”) and the Temptations’ David Ruffin (“Never Change”), West created the soulful yet gritty sound behind Jay’s best tracks that his imitators (whose numbers would grow with each release) are still trying to copy today. But like any true original, West was in a league of his own—creating the future of hip-hop as he dug back in time with his unique samples to connect the past with the present in a brand new way. Before long, West was being hailed as the future of hip-hop.

When It All Falls Down…

West’s groundbreaking work with Jay-Z made him the most in-demand producer in the game and as word spread of the “wonderkid from Chi-town,” he would produce hits for some of its biggest stars: Talib Kweli, Cam’ron, Scarface – the list went on and on. Already having signed Kanye to their production company, Hip-Hop Since 1978 (formerly Roc The World), Hip-Hop and G secured a deal at Roc-A-Fella for West as a recording artist. Now recognized as a fiercely talented producer and MC, it seemed as though nothing could stop West – until an auto accident in October of 2002 turned his world, and the hip-hop world he was conquering one hit at a time, upside down.

History In The Makin’, Man…

While driving back to his hotel in Los Angeles, West was involved in a near-fatal auto accident that left his jaw fractured in three places. “I have flashbacks of what happened every day,” says West. “And anytime I hear about any accident my heart sinks in and I thank God that I’m still here. I found out how short life is and how blessed you are to be here.” Surviving the accident had been a miracle, and West – down but not out – used the experience as inspiration for his breakthrough single as an MC, the haunting and triumphant “Through The Wire,” in which he chronicled the painful experience through a jaw literally wired shut.

With “Through The Wire” simmering at radio, West defied the industry, the media, and the odds. He financed and shot his own video, delivering it to MTV and BET himself. The track became a breakout hit, and Kanye again went against the script by giving away the single rights to “Slow Jamz” – a track he originally recorded for Dropout with Jamie Foxx and Twista. “Slow Jamz” became a #1 on hit for Twista, and ratcheted up the buzz on Kanye to deafening. Finally, with Dropout’s debut at the top of the album charts with a stunning 440,000 copies sold in its first week, Kanye delivered his penultimate coup d’etat.

If I Talk About God, My Records Won’t Get Played, Huh?

“I’m trying to break radio, not make radio,” West was fond of saying in the press, and “Jesus Walks” was the hammer. Following his self-conscious smash “All Falls Down,” an unlikely hit single about consumerism in the black community, West released “Jesus Walks” as his third single and went on to shoot three controversial videos to the provocative track. The rest, as they say, is history; the months that followed were a whirlwind of live performances, awards ceremonies and press junkets. The College Dropout was awarded the Grammy for Best Rap Album of the year and “Jesus Walks” the Grammy for Best Rap Song. Dropout was named Album of the Year by The New York Times, Time Magazine, Blender, Rolling Stone, GQ, Spin, The Source, XXL and nearly every other major national publication.

And after a year filled with unimaginable fame and success, it would have been easy for Kanye to rest on his impressive laurels. But that’s just not who he is. West is many things – a producer, a tastemaker, a rapper, a video director, the CEO of his new label Getting Out Our Dreams (G.O.O.D.) – but first and foremost, he is an artist with an uncompromising vision. That’s what keeps him making music, and that’s what sent him back for the countless hours spent in the studio working on new material, the best of which has found its way onto his highly anticipated new album, Late Registration.

You Know What This Is? It’s A Celebration…

With Late Registration, Dr. West has indeed delivered the medicine. And once again, he did the only way he can: with honesty, humor and his conviction in continuing to prove himself by making great music. Enlisting composer/producer Jon Brion (Fiona Apple, Aimee Mann) to lend his skills to the album’s production, West’s newest offering is a big album in every sense of the word. His trademark sample-based arrangements have expanded to include live instrumentation. West has always been an artist who challenges not only himself, but his audience and his fellow musicians with new ideas and new ways of expressing the joys and sorrows of life through music. Late Registration does just that as it takes down avenues and alleyways filled with sound and vision.

With a line up of guests that includes Jay-Z, Jamie Foxx, Brandy, Paul Wall, Cam’ron, Adam Levine of Maroon Five and his longtime friend and collaborator John Legend – West has widened his scope since The College Dropout. There are new flavors and voices in the mix, but it’s still 100% Kanye, still the voice of the underdog tackling the highs and lows of everyday life through pointed lyrics and emotionally charged music.

Eschewing cliché for reality, Late Registration addresses a litany of topics that range from the personal to the political and all that falls in between. The fist pumping “Crack Music”, which features a one-line hook from superstar MC the Game, looks at the effects of drugs on the black community and offers that at the end, “the music is medicine.” A similar thread runs though “Addiction”, a song that has West asking why it is that “everything that’s supposed to be bad makes me feel so good?” On “Bring Me Down,” Brandy gives a mournful voice to Kanye’s barbed cynicisms as he raps “If you ever wanted to ever be anything, there’ll always be somebody that’ll shoot down any dream.”

While tracks such as these show West’s rage, he’s not one to dwell on the negative. He’d rather examine it and turn it into something positive. This introspection finds its way onto tracks like his breezy and harmonious collaboration with Maroon 5 lead singer Adam Levine, “Heard ‘Em Say”, where the two stress the importance of being honest with yourself in a world that’s anything but. Kanye’s not one to limit himself, and lets his humor shine through on tracks like “Drive Slow” featuring Paul Wall and the return of GLC, and “Gold Digger,” his reunion with Jamie Foxx, a cautionary tale for those who confuse love with the love of somebody’s wallet.

Throughout, Late Registration’s sheer depth of musicality is what’s most impressive. Dark and eerie at times, uplifting in others – tracks like “Touch The Sky” and “Celebration” come to mind – the album finds Kanye at once madly in love with hip-hop music, and fighting with it like a lover scorned – trying to push it’s boundaries, to see how far it will go. A daunting task, indeed. But it seems as though West – as stressed as he is – is more than up to the task.