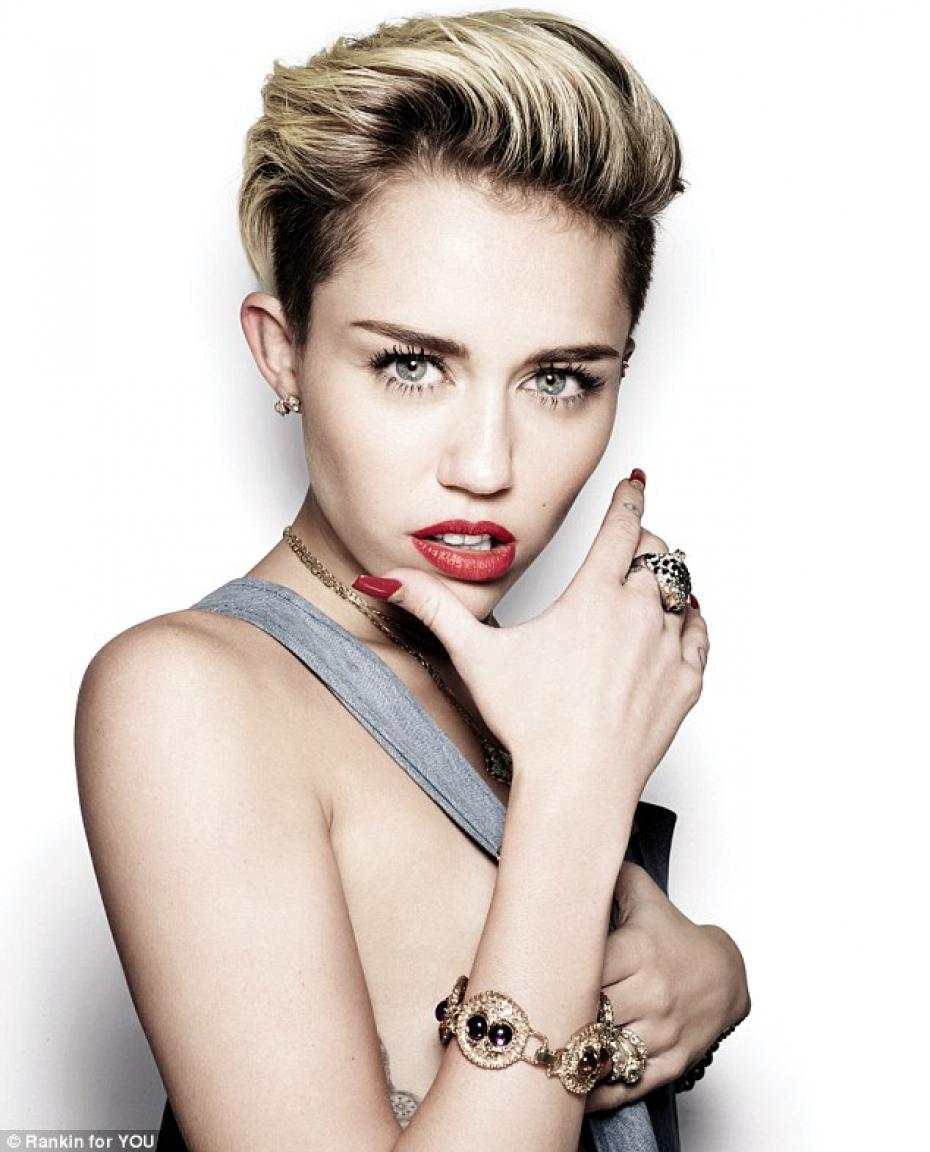 When the Disney Channel Original Series Hannah Montana burst onto the scene in early 2006, tweens around the world fell in love with Miley Stewart, the typical teenage girl with a secret life as international pop star Hannah Montana. What series star Miley Cyrus never imagined was that, in one whirlwind year, her real life would imitate art as she shot to superstardom as both an actress and a multi-platinum-selling pop star.

Born November 23, 1992, in Nashville, Tennessee, Miley grew up watching her father – country music superstar and actor Billy Ray Cyrus – perform and soon caught the acting bug herself. After gaining experience as an extra in her father’s television projects, Miley first acted opposite him in a recurring role on his television series Doc. With that role under her belt, the young actress went on to appear in the Tim Burton film Big Fish.

When Miley first auditioned for the role of Hannah Montana, she was considered too young for the part, but her thousand-watt smile and bigger-than-life singing voice had caught Disney Channel’s attention.

“At first they thought I was too small, and I was just a little string bean at the time,” shares Miley, “but I’d always wanted to be able to sing and act, so I knew I couldn’t give up.” A couple of years later Miley won the part she had worked so hard for, and her ascent to superstardom started with a bang as Hannah Montana’s first season raked in some of the highest ratings ever for a Disney Channel Original Series.

In November 2006, the first Hannah Montana soundtrack was released on Walt Disney Records, featuring eight songs performed by Miley Cyrus as Hannah Montana and Miley’s first duet with her father. The album rocketed to the top of the charts and became the first-ever TV soundtrack to debut at #1 on the Billboard Top 200. The Hannah Montana soundtrack finished the year as the #8 best-selling album of 2006 across all genres (Nielsen SoundScan) and certified double-platinum less than two months after its release.

Even with the unquestionable success of her Disney Channel series and album, the newly-minted pop superstar was hungry for a fresh challenge – and a way to meet her incredible fans in person! In the fall of 2006, Miley (performing as Hannah Montana) rocked sold-out venues across the country in her first 22-city tour. Miley, again performing as Hannah, also set a new attendance record at Houston’s Reliant Stadium where she headlined the Houston Livestock Show and Rodeo. The March 2007 event garnered an audience of more than 73,200 people.

“There’s nothing more fun than being out on stage and feeling the vibe from the crowd,” says Miley with one of her trademark grins. “I loved getting to see all of the awesome Hannah Montana fans face-to-face when I was on tour. Their energy made me want to get on stage and give it my all every night.”

On the Hannah Montana 2 album, the first disc in the upcoming Hannah Montana / Meet Miley Cyrus two-disc set, the 14-year-old pop sensation performs ten original songs as her onscreen alter-ego. The album continues the original soundtrack’s positive messages with get-up-and-dance tracks like “Life’s What You Make It,” “Make Some Noise” and “Nobody’s Perfect” (which already has topped the Radio Disney charts). Hannah Montana’s continuing adventures in maintaining her secret identity are captured in the playful, sassy songs “Rockstar” and “Old Blue Jeans,” while her softer side is showcased in the ballad “One In a Million.”

“With the first Hannah Montana soundtrack, we were still introducing the sound of the show and Hannah’s musical style. This time, the songs are more about what it’s like being a tween because in the show my character’s just started high school,” explains Miley.

The all-new Meet Miley Cyrus disc introduces Hannah fans to Miley as a songwriter and singer in her own right. Cyrus co-wrote eight of the ten tracks, collaborating with the songwriting team of Antonina Armato and Tim James (Mariah Carey) on four songs and hitmakers including Matthew Wilder (No Doubt, Kelly Clarkson), Shelly Peiken (Christina Aguilera, Keith Urban) and the team of Scott Cutler and Anne Preven (Dreamgirls soundtrack, Natalie Imbruglia) on the remaining tracks.

“I’m really excited to have fans get to know the person underneath the wig,” says Miley. “I love writing music, playing guitar, singing and dancing as much as I love acting, so after they hear the album I hope they know a little more about me as an artist and a person.”

The difference between Hannah Montana’s sound and Miley Cyrus’ is crystal clear only a few notes into the album’s first track. “See You Again” strips the introduction of Miley Cyrus down to basics – just the sound of her voice coupled with a simple, intense guitar riff – for a surprisingly mature feel. It isn’t until the chorus that the singer’s youthful exuberance breaks free and sets the tone for the rest of the disc. “Start All Over” and “G.N.O. (Girl’s Night Out)” showcase Cyrus’ feisty side with anthemic choruses guaranteed to have fans singing along. The song “Clear” slows down the tempo with an unmistakable touch of the calypso sound and the heartfelt tribute “I Miss You” rounds out the remarkable debut solo effort.

With the Hannah Montana 2 / Meet Miley Cyrus double-disc set, Miley shows the world that her breakout year was anything but a fluke – and that both the fictional Hannah Montana and the very real Miley Cyrus have bright futures waiting ahead.