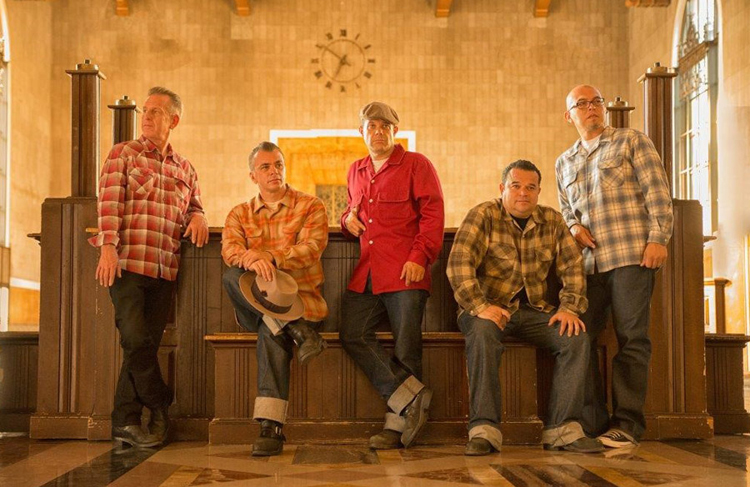 Rumble King are a band that travels and performs with an acoustic upright piano, saxophones, upright bass, and drums. Drums played by one of the founding members of “The Blasters.” Rumble King’s arrangements are tight and melodic, honest, faithful and always rockin.’ It gives them a genuinely raw, American roots inspired sound. They are one of the few bands to perform in a guitar dominant genre, without one. Aaron remarks, “Love guitar and we have had some great players sit in with us from time to time, but somehow along the way we discovered our own thing and it just didn’t require it”

Rumble King partnered with Ostrich Colony Films in 2012 to produce the 2013 multi-award winning short film, “I Still Adore You.” It’s based on the band’s recent single of the same title. The movie featured a live performance by the band and several scenes included them in supporting roles.

Rumble King’s current self-titled EP release was recorded, mixed, and mastered by Grammy Award winner Tom Weir at Studio City Sound. In addition to the EP, a new (45) single will be released on vinyl in summer 2014. The band welcomes the opportunity to develop new business relationships to expand a comprehensive marketing strategy including; film, television, internet, radio, and print to secure the potential success for this release.