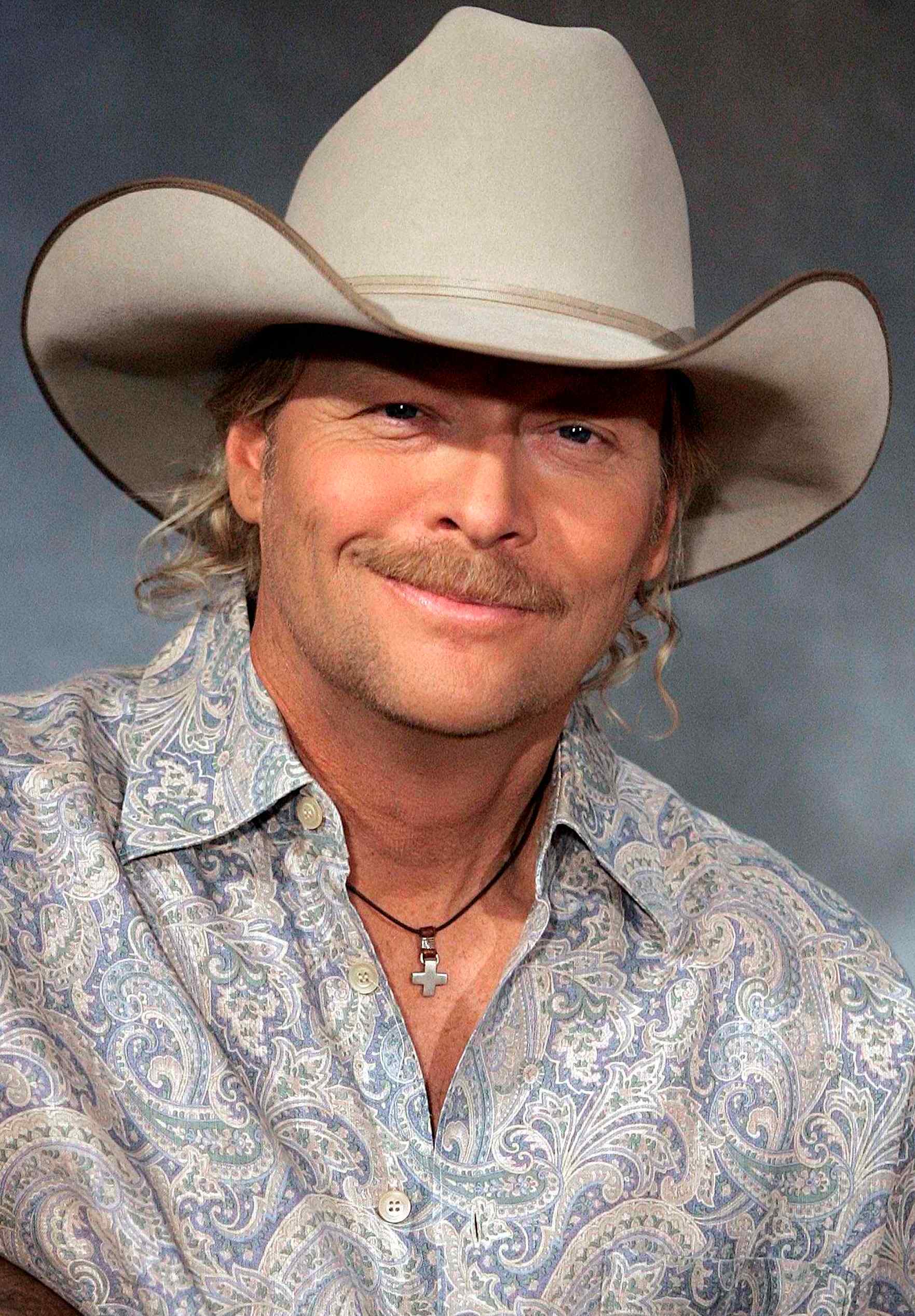 Picture the well-worn floors of a not-too-trendy establishment, any given evening, Anytown, USA. In particular, conjure the corner jukebox, the anthems that somehow cut the clatter. Though a commonplace scenario, something profound separates fleeting radio flash from barroom timelessness. Alan Jackson’s music has always exemplified the latter.

On his fourteenth Arista Nashville release, What I Do, the Country Music Association’s three-time Entertainer of the Year presents a collection of unabashed, jukebox-worthy country. Ever walking the line between populism and memoir, the album’s twelve songs fully complement a fifteen-year career that has thus far produced over 43 million sales and 31 Number One hits—including 21 he penned for himself (not counting two additional chart-toppers he penned for fellow artists).

Heartbreak and reconciliation, first-dance jitters and smile-through-your-tears wit, the thesis of his Platinum album What I Do is love, and the songs run the gamut via pedal steel and Georgia affect. From the catchy optimism of “Too Much Of A Good Thing,” to the love-lost “Rainy Day In June,” the ASCAP Country Songwriter/Artist (twice) and Country Songwriter of the Year (three times) navigates the emotion with an expert balance of both universal and intimate revelation. An expert at fleshing out themes that most of us merely overlook, Alan, on What I Do makes clever play about the cover of the “USA Today,” and mines forlorn sentiment from the phrase “You Don’t Have To Paint Me A Picture.” It’s exactly this blend of broad subject and keen insight which has marked his career to date: by poignantly marrying the catchalls of everyday life to rural autobiography, Alan’s gone from dim honky-tonk to arena stage, from unknown to superstar, earning 96 major industry awards as singer, songwriter and performer.

Whether composer or curator, Jackson’s unwavering critical support also stems from his fusing of country’s rich history with a contemporary bent. The rousing “If French Fries Were Fat Free” introduces Haggard-esque harkback to low-carb preoccupation; just when we pinpoint the kinship of “The Talkin’ Song Repair Blues” to staples by Cash or Daniels, Alan flips tradition on its head by showcasing the very mechanics of the industry itself. Simply put, Jackson drives

country forward with an eye on its rear-view: bongos mix with fiddle on “There Ya Go,” the telltale bass vocals of Oak Ridge Boy Richard Sterban (“Burnin’ the Honky Tonks Down”) stands alongside “If Love Was A River” and “Strong Enough” by young, new ACR recording artists, The Wrights (Jackson’s nephew Adam and wife Shannon).

As a standalone, “Monday Morning Church” epitomizes Alan’s ability to re-think, to build upon country mainstay. Echoing without emulating one of his all-time favorites, “He Stopped Loving Her Today,” this ballad, with Patty Loveless adding distinct harmony vocals, speaks from the survivor’s position of tragedy. The punctuation of ‘simple’ details—a bible left on the dresser, dust on piano keys—and bruising lines like “I can’t seem to talk to God without yelling anymore,” force the narrator to endure pain that even his solid belief in Heaven isn’t taking away. That’s aching, honest…country.

Though solemn, “Monday Morning Church” still remains accessible, likewise What I Do focuses on substance versus sensationalism. Case-in-point is the live-recorded “To Do What I Do.” As Alan sings “I’ve been a waiter, a roofer, a clerk,” in order to eventually “…be something I’ve always been in my heart,” we applaud his artistic triumph; with the words “I’ve played for empty tables and chairs/Drunks that don’t listen, crowds that don’t care,” we can’t help but hear the echo of his career: the organic, dues-paid rise, the commitment and heartbreak, the dreams of a people’s champion.

All of these seeming dichotomies—‘everyman’ and ‘individual,’ ‘contemporary’ and ‘traditional,’ ‘superstardom’ and ‘humility’— are the natural result of a long-ago adoption of hard-work and basic integrity. Specifically, Alan’s music displays the influence of his Newnan, Georgia upbringing: big family, small house, blue-collar ethics. His father taught him to work on cars, his mother’s Sunday gospel segued into the country radio of the workweek. Having earned his stripes in honky-tonks, Alan and wife Denise (his high-school sweetheart) eventually scrimped, saved and moved to Nashville. Following a trying series of clock-jobs and close calls, eventual publishing cuts earned Jackson a spot on the Arista Nashville roster. Fifteen years and 43 Top 10’s later, he’s still a guy who drives a dented pickup on a dirt road for fun. Difference is that now he writes a song about it, reaching millions of people [“Drive (For Daddy Gene),” from 2002’s Drive].

Indeed, What I Do is the iconic stuff of the jukebox: a bare-bones album whose songs collectively rise above compilation placement, pure nostalgia or one-off cache. Though certainly Jackson’s hits have transcended their country constructs [“Where Were You (When The World Stopped Turning),” “Chattahoochee,” “Gone Country,” among others], his career has never been song-specific. Fact is, on an Alan Jackson record, “Too much of a good thing…is a good thing.”

Big and Rich
Scroll to top