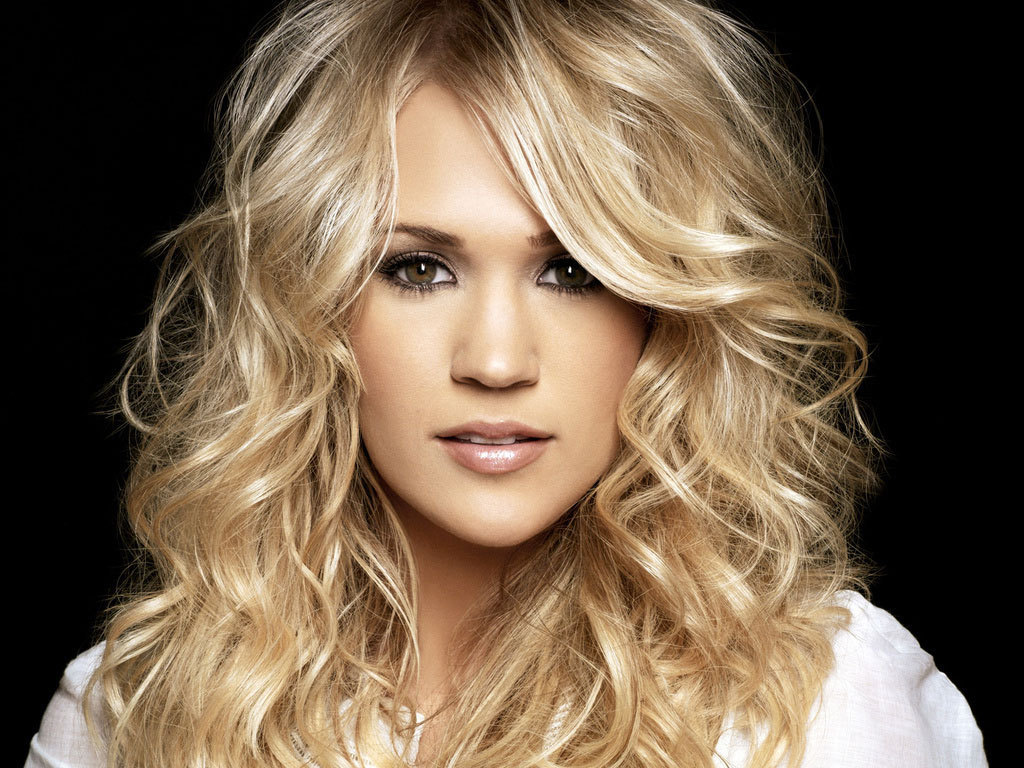 Carrie Underwood’s career is the stuff of dreams. Possessed of that rarest of combination–undeniable talent, an extraordinary work ethic, and girl-next-door likability–she blossomed as a national phenomenon before tens of millions of viewers by winning American Idol, captivated by both her vocal talent and personality. The artistic growth that has accompanied her subsequent rise into the upper reaches of the entertainment world has placed her among the foremost artists of her generation.

Hers is super-stardom with a human face. Press, fans and peers alike have recognized that beneath the fairy tale gowns there st ill beats the heart of a dreamer, and her grace amid the extraordinary demands of such a public rise has given each accomplishment added luster.

Those accomplishments have been myriad. With just three albums behind her, Carrie has built a career that would be the treasured work of a lifetime for most artists. The breadth and depth of her work speaks for itself–songs like “Jesus, Take The Wheel,” “Before He Cheats,” “So Small,” “All-American Girl,” “Last Name,” “Just A Dream,” “Cowboy Casanova,“ “Temporary Home,” “Undo It,” and “Mama’s Song,” among others, have been a rich part of the new millennium’s musical soundscape. She has passed the thirteen million mark in CD sales and was the first country artist in history to achieve ten #1 singles from her first two albums. She scored three more #1 singles from Play On bringing her total to 13 #1 singles. She is the two-time reigning ACM Entertainer of the Year, just the seventh woman in the show’s 42-year history to take that crown and the first woman in history to win the award more than once. She was both ACM and CMA Female Vocalist of the Year for three consecutive years, and her list of awards includes five CMAs and ten ACMs, as well as five Grammys and a host of others from People’s Choice, Billboard, the American Music Awards, Teen Choice, CMT and many others. She has three times been chosen co-host of the CMA Awards, and she was the top-selling country female touring artist of both 2008 and 2010, as both her headlining “Carnival Ride Tour” and “Play On Tour,” respectively, played to more than 1million people each year.

Among Carrie’s most treasured milestones is her induct ion into the Grand Ole Opry. Despite all her accolades, travels from New York to Los Angeles, all the entertainment shows and magazine covers, she remains firmly rooted in country music.

She was invited to join by one of her idols, Randy Travis, whose “I Told You So” she took to the top of the charts in 2009, and inducted by another, Garth Brooks. “The induct ion award they gave me says, ‘Hey, you’re a part of the family,’” she says. “It means a lot to me because it’s the heart of country music, the church, the sacred place, the super-elite club that says you love this music.”

Her love for music is evident throughout her most recent album, Play On, as is her arrival as a mature artist, confident, fully in command of her extraordinary vocal skills, and tackling a wider artistic range both lyrically and musically. Equally important, in co-writing seven of the CD’s thirteen songs, she emerges as a songwriter of real depth, opening a wider window into her creativity and allowing her fans their most intimate look at Carrie the artist and person. “Because of my songwriting,” she says, “I feel like somebody can listen to this album and get more of a sense of who I am. They can listen to certain things and think, ‘This is really sincere. This is really emotional. She was a writer on it, so this comes from something that was deep inside of her heart.’ I do feel like people can get to know me a lot better from Play On.”

Carrie’s songwriting has already brought her four awards from BMI, the performing rights organization, for “All-American Girl,” “So Small,” “Last Name,” and “Cowboy Casanova.” The public’s first glimpse came with Play On’s first single, “Cowboy Casanova,” which Carrie co-wrote with Mike Elizondo and Brett James. The song, with its high-energy look at “a snake with blue eyes” roared into the Top 10 in just four weeks.

Much of the album is in fact concerned with the ups and downs of love, the good and bad among the world’s men. Songs range from “This Time” and “Mama’s Song,” two takes on the best that love has to offer, to “Undo It” and “Songs Like This,” which lay it on the line for the men in relationships gone wrong, and from “Look At Me,” which features vocal help from Vince Gill and deals with the pure exhilaration of falling in love, to “What Can I Say,” a song of regret featuring Sons of Sylvia. One of the true vocal highlights is “Someday When I Stop Loving You,” an exquisitely sung exploration of sadness in the wake of a failed relationship.

Carrie’s own experiences let her infuse both ends of the spectrum with the sting of truth. “I’ve seen a lot in the dating world,” she says, “and it’s not one-dimensional, where I’m in love all the time or hate men all the time. I’ve been everywhere in between, and through my own experience or that of friends, I’ve seen every kind of guy, and I think some of these songs capture the everywhereness of being a woman.”

But there is much more to be found on Play On. The title cut is an exhortation to persistence in the midst of obstacles, sung with the f ire that has marked so much of Carrie’s work. “Temporary Home,” penned by Carrie with Zac Maloy and Luke Laird, is one of the strongest representations of hope ever committed to CD, as Carrie tells the story of a boy in foster care, a young mother in crisis, and a man facing his own mortality.

Given Carrie’s emergence as a force for social good in terms of charitable work and humanitarian causes, “Change” is in a very real sense the album’s cornerstone. “This is a world so big it can break your heart,” she says. “It just seems like there are so many problems. What do you do? Where do you start? Well, there are opportunities every day, so many things around you where you can make a difference.

Sometimes it’s the smallest thing–the person in this song had just 36 cents, you know?- -and I’m really anticipating being able to do some good with this song.” For all the variety in its subject matter, for all the musical avenues it explores, Play On is an album that will resonate for its energy, its celebration of life, and its reflect ion of Carrie as an artist hitting stride. “There’s a little more mature subject matter on certain songs for sure,” Carrie says, “but I like to think I’m still young enough to keep the fun and the sass and things like that. I’m also in a good place where I do feel a lot more grown-up, more confident in my writing and in my ability to open myself up a little bit more.”

By now the particulars of Carrie’s early years are well known. She grew up in Checotah, Oklahoma, “playing on dirt roads, climbing trees, and, of course, singing,” something she did in church, and in grade school musicals and talent shows. She attended Northeastern State University in Tahlequah, OK, majoring in broadcast journalism with an eye to a practical career. Her sorority sisters at Sigma Sigma Sigma, though, urged her to sing publicly, and she overcame her shyness enough to sing at a Branson-style show that included singing, dancing and comedy. “It was mainly there,” she says, “that I learned what it was like to be in front of a crowd.” During her senior year, she heard about audit ions for American Idol, and the magic that accompanied her tryout has been unfolding before the eyes of the American public ever since.

Carrie still treasures the upbringing that has helped her keep her feet on the ground while her life and career have soared. She visits family and friends in Checotah when she can, and she has established a foundation called C.A.T.S. – Checotah Animal, Town, and School Foundation to focus charitable efforts on her hometown community.

“I felt like it was a really good time to start something that could do good for others,” she says, “because I’ve had so much good fortune just poured on me over the past five years that it’s definitely time to give back.”

Giving back has become a big part of her life, from traveling to Africa with American Idol’s Idol Gives Back, to visiting troops in the Middle East, it is her giving spirit that she sees as the cornerstone of her legacy. While she is working to make meaningful and lasting art, she is working to keep that quest within a larger context.

“Everybody has the power to do something, to be a contributing force,” she says, “and I would rather people look back on my life and say, ‘She made the world a better place.’ We can all do things like that, and I believe that when opportunities arise for you to do good, you should do good.”

Her commitment to that goal, like her incredible accomplishments as an artist, has made Carrie synonymous with all that is best in modern music. With Play On, she takes both her life and her art another big step forward.