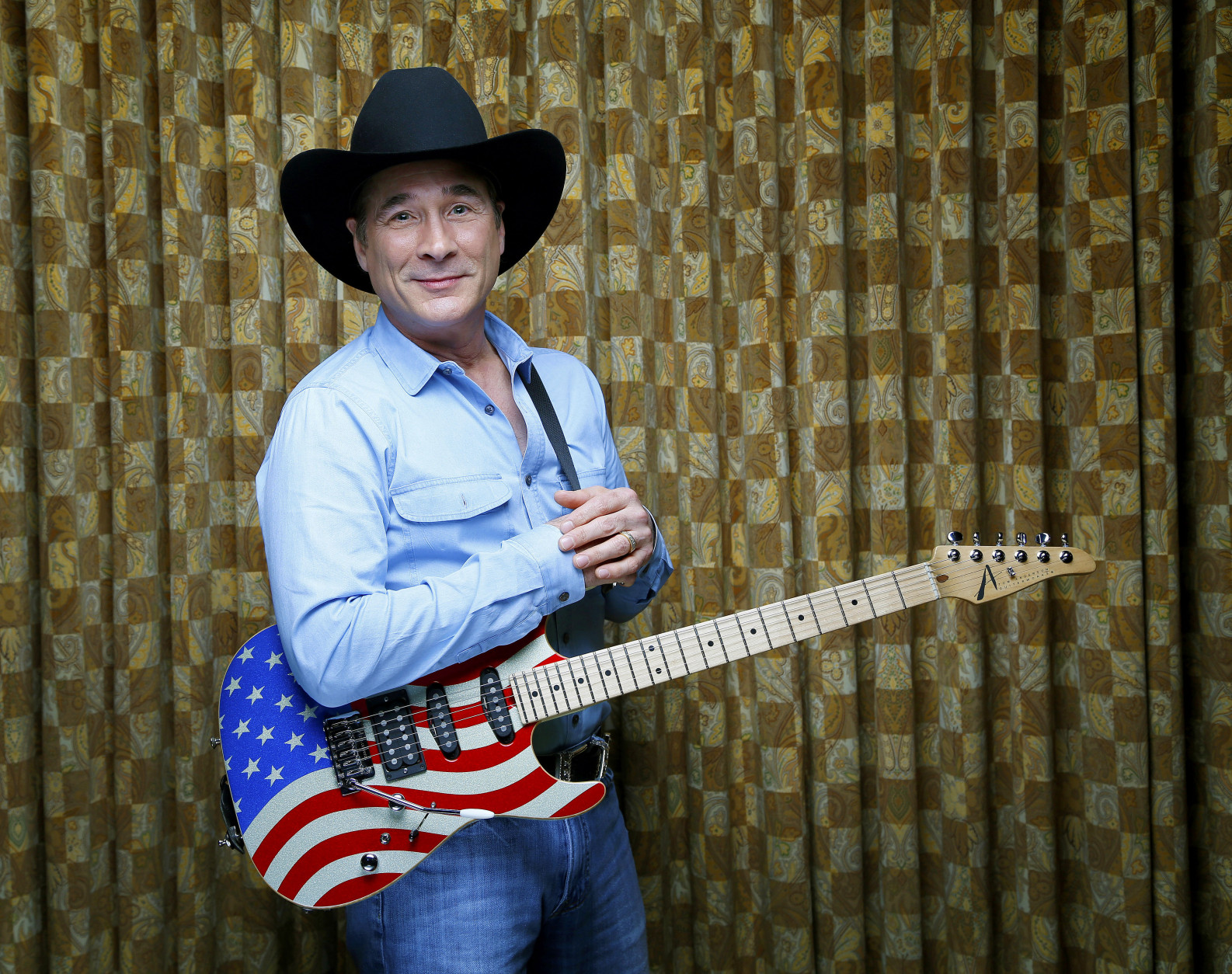 Prolific singer-songwriter Clint Black has long been heralded as one of Country music’s brightest stars. His many talents have taken him even further, as Black has transcended genres to become one of the most successful artists in all the music industry. To date, Black has written, recorded and released more than 100 songs, a benchmark in any artist’s career. An astounding one-third of these songs eligible for major single release also achieved hit song status at Country radio, while more than 20 million of his albums have been sold worldwide. While it’s well-known that Black is an accomplished singer and guitarist, people may be surprised to learn that he is also proficient on drums and harmonica.

For Black, Killin’ Time was only the beginning. Put Yourself in My Shoes followed in 1990, and quickly went Triple Platinum. Since then, Black has had nearly two dozen 1 hit singles, and almost as many Top 5 and Top 10 hits – all of them his original compositions, which is itself a notable rarity in popular music. The overall number of his awards, including a star on the Hollywood Walk of Fame, surpasses the number of his hit records, while he has performed for a staggering number of dedicated music fans in concerts through the years.

With such a long and productive career, Black still keeps his output as fresh now as when he was a hungry, up-and-coming artist. When he felt that his music was in danger of becoming a bit repetitive in the late ‘90s, Black took a brave risk and shook things up by leaving his label of more than a decade, and took a much-needed break to reevaluate where he wanted to take his career next. At that time, he and wife Lisa Hartman Black decided to start a family, and the birth of daughter Lily Pearl subsequently gave Black a new perspective and vigor that affected not only his personal life, but his professional and creative sides as well.

Clearly, Black’s devotion to family was the best thing for his career. In 2003, he boldly founded Equity Music Group, an especially artist-friendly record company that became home to his own recordings, as well as those of other like-minded artists. It was his company that launched Little Big Town’s career with their Platinum-selling album, The Road to Here. Black’s highly anticipated debut album for the label, Spend My Time, received great critical acclaim, and the label went on to earn Billboard’s 2 Independent Imprint of the Year and 4 Independent Label of the Year across all genres in 2006.

Without a doubt, Clint Black has earned his place as one of the most successful artists in the history of American music; but he has not stopped there. Black memorably flexed his acting chops with a cameo in 1994’s Maverick (alongside Mel Gibson and Jodie Foster), as well as with roles in films such as 2000’s Going Home (with Jason Robards) and the starring role in 1998’s Still Holding On: The Legend of Cadillac Jack. He recently wrapped shooting on Flicka 2 (with Patrick Warburton) — expected to be released in 2010. Black has also performed on TV shows including The Larry Sanders Show, Las Vegas, King of the Hill and many others.

In addition to his established business ventures and various charity foundation efforts, Black branched out even further this year with an appearance on Donald Trump’s hit reality series Celebrity Apprentice. As a result of the friendship on the show between Black and fellow contestant and Olympic Gold Medalist Scott Hamilton, the teammates are working to secure a total of one million dollars in matching fund donations for the International Rett Syndrome Foundation (IRSF). Black currently serves as Honorary Chair for the IRSF’s “Research to Reality: Funding Progress” campaign, which helps to accelerate treatments and research to find a cure for the developmental disorder.