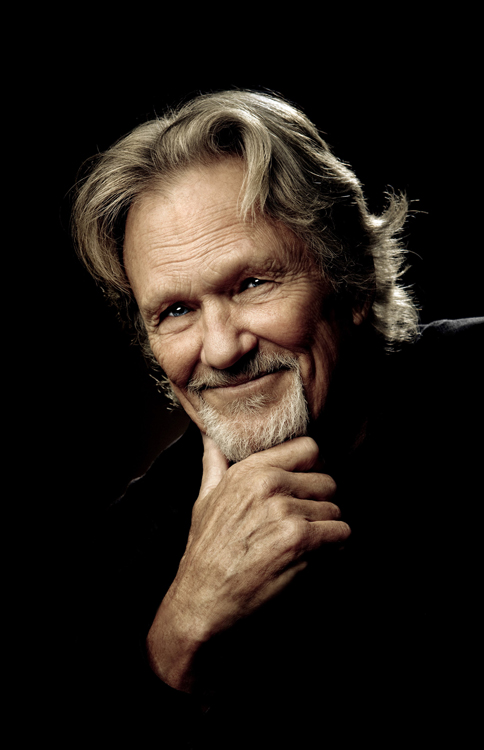 Kris Kristofferson returns to the essentials of his finely honed craft on his New West album Closer to the Bone.?Like the master singer-songwriter’s 2006 New West bow This Old Road, the new album is produced by Grammy Award winner Don Was. The previous collection – Kristofferson’s first recording in almost a dozen years – was hailed by critics as “one of the finest albums of his storied career” (Rolling Stone), “a stripped-down stunner” (Esquire), and “a return to his best work” (Q).Kristofferson says, “I like the intimacy of the new album. It has a general mood of reflecting on where we all are at this end of life.”

Much like its predecessor, Closer to the Bone is a deftly observed, honestly executed work about love, separation, loss, and mortality. The subject matter ranges from the musician’s family (“From Here to Forever,” “The Wonder”) to Kristofferson’s late friend Johnny Cash (“Good Morning John”).?Was views the new album as a sort of sequel to its much-acclaimed predecessor: “The recording conditions were a little more controlled, but it’s based around Kris singing and playing guitar, and nothing was to get in the way of that. If anything got in the way of it, we pulled it out. I think the two albums are completely of a piece. I love This Old Road. There’s something really immediate about it, and really profound. I personally think this is a better record, overall. It’s the songs.” Some of the album’s songs were penned relatively recently, while others Kristofferson had never managed to successfully record. He laughs when he recalls a previous attempt to cut “Good Morning John” with Willie Nelson – like Cash and Kristofferson a member of the country supergroup the Highwaymen — on harmony vocals: “I got to that line where I say, ‘I love you, John,’ and Willie sang, ‘He loves you, John.’ I said, ‘C’mon, Willie, you can say, ‘I love you, John.’ I guess it embarrassed him. Anyway, we ended up not putting it out then.”?While the recording of Closer to the Bone doesn’t entirely replicate the off-the-cuff methodology of This Old Road – which was tracked with surround-sound equipment in a single session in the lounge of a Hollywood studio – the new album, made at the Village Recorder in West Los Angeles, aimed for the same earthy simplicity.

Most of the tracks were recorded live in the studio. Was says, “We tried to keep it as spontaneous as possible. There is some overdubbing on it, but for most of it we thought we’d try it with everybody playing.” Was, who played bass on the sessions (as he had on the preceding album), once again drafted the other musicians who supported Kristofferson on This Old Road: guitarist and backup vocalist Stephen Bruton (who also co-wrote the Closer to the Bone tracks “From Here to Forever” and “Let the Walls Come Down”) and drummer Jim Keltner. Rami Jaffee of the Wallflowers contributed piano and accordion overdubs.

Such searing, contemplative songs as “Closer to the Bone” and “Hall of Angels” gained a melancholy resonance in the days following the completion of sessions for the album. On May 9, 2009, Bruton – one of Kristofferson’s closest friends and musical associates for four decades – died in Los Angeles at the age of 60 after a long battle with throat cancer. The album is dedicated to his memory.?“He was there while I was recording, and he was in great spirits at the time,” Kristofferson says of Bruton, who joined his band at the age of 20. “Stephen was more like a brother than a guy that worked with me. We went through a lot of years, a lot of laughter, a lot of heartache. I really felt close to Stephen. His spirit’s on the album.”

Was says of Bruton’s unique contributions to Kristofferson’s sound, “He and Kris just had a lock that Kris is never going to be able to get with anybody. It’s what comes from 40 years of playing together. They just had a way of weaving together.”

Kristofferson’s New West albums mark the latest works of a distinguished career that has encompassed the authorship of such classic American songs as “Me and Bobby McGee,” “Sunday Morning Coming Down,” and “Help Me Make It Through the Night”; stardom in such feature films as Lonestar, the Blade Trilogy, A Soldier’s Daughter Never Cries, Pat Garrett & Billy the Kid and A Star is Born; honors including three Grammy Awards and a Golden Globe Award; and years of outspoken political and social activism. This November, he will be feted as a BMI Icon at the performing rights organization’s Country Awards. Kristofferson is currently a member of the Songwriter Hall of Fame and the Country Music Hall of Fame.

In the last decade, the now 73-year-old performer has been on a vigorous schedule of international solo appearances.?Kristofferson says, “I was overseas doing a film when I got the opportunity to work in Ireland, and I didn’t have time to martial the troops. So I went out by myself, and it worked. I’ve been really surprised at selling out the shows everywhere. People are filling up the houses.

“Something was making a direct communication with the audience,” he adds, “and I guess it must be down to the essence of the songs. Because God knows, there’s better guitar players and singers. But it seems to be working with my material — just me and the song.”