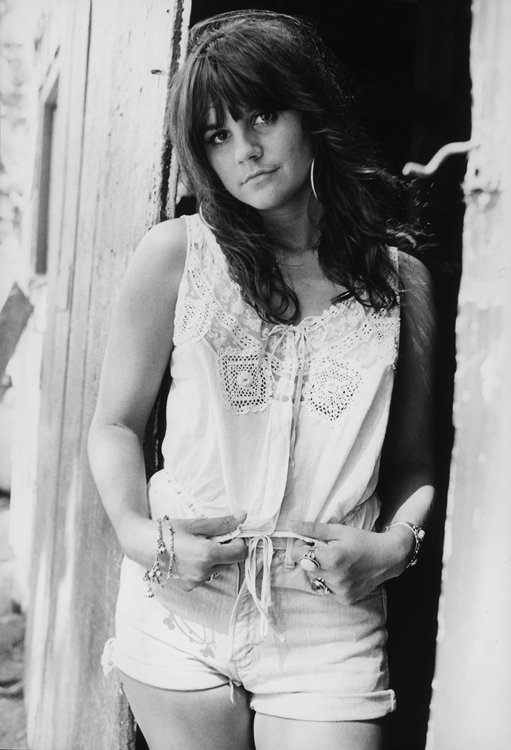 Few in the music business today have had careers as eclectic and hit-laden as Linda Ronstadt. The versatile singer has moved effortlessly and idiomatically from style to style, recording songs that moved her from such diverse genres as country, rock and roll, American standards, operetta, Broadway, Mexican mariachi and Afro Cuban song. Globally her 36 recordings have sold in excess of 50 million copies and yielded a string of gold and platinum records, as well as numerous Grammy and other awards.

The Tucson, Arizona native was a student at the University of Arizona “for about a minute” when she met guitarist Bob Kimmel. The two headed off to Los Angeles, where they met and began working with guitarist/songwriter Kenny Edwards. They took the name the Stone Poneys and soon were a popular feature of the California folk circuit. The group recorded its first record, “Linda Ronstadt and the Stone Poneys,” in 1967. But it was its second release, “Evergreen Vol. 2,” that took off, fueled by the Top 20 hit “Different Drum” – a tune penned by Michael Nesmith. After one more record with the Stone Poneys, Ronstadt went solo.

Her first two releases under her own name – “Hand Sown, Home Grown” (1969) and “Silk Purse” (1970) – emphasized her country and honky tonk roots.
But it was her self-titled third solo release that saw Ronstadt’s career ignite. Backed by a group she formed, who would later go on to fame in their own right – the Eagles – Ronstadt turned to a softer, more laid back, folk-infused version of the country rock that had brought her fame, recording new tunes by the outstanding crop of singer/songwriters around at that time, including Jackson Browne, Neil Young and Eric Anderson.

In 1973, Ronstadt’s “Don’t Cry Now” was released, with strong covers of such moving songs as “Desperado,” “Love Has No Pride” and “Silver Threads and Golden Needles.” The following year Ronstadt scored again “Heart Like a Wheel,” generating such hits as “You’re No Good,” “When Will I Be Loved” and “It Doesn’t Matter Anymore.” The album soared to number one and sold over two million copies.
In 1975, Ronstadt’s “Prisoner in Disguise” yielded airplay with such hits as “Heatwave” and “Love Is a Rose,” while 1976’ “Hasten Down the Wind” found Ronstadt championing the songs of Karla Bonoff, Wendy Waldman and Tracy Nelson, while putting her distinctive stamp on such classics as “Crazy,” “That’ll be the Day” and “Rivers of Babylon.” Simple Dreams (1977) yielded more platinum, selling more than three million copies on the strength of such Ronstadt classics as “It’s So Easy,” “Blue Bayou,” Warren Zevon’s “Poor Poor Pitiful Me” and her rockin’ cover of the Rolling Stones’ “Tumbling Dice.”

In 1978, her cover of “Alison” was a hit from “Living In the U.S.A.” – a disc that also got big airplay for “Ooh Baby Baby.” “Mad Love” (1980) followed with Ronstadt again connecting with “Hurt So Bad.” Like everything since “Heart Like a Wheel,” it too went platinum (certified sales of over a million copies).

When the chance arose to head to Broadway and do Gilbert and Sullivan’s “Pirates of Penzance,” Ronstadt took the opportunity to broaden her musical palette. After filming “Pirates,” she settled in for the first of several highly-acclaimed collaborations with renowned arranger Nelson Riddle. 1983’s “What’s New” went to number three on the charts, sold over two million copies and brought the classic American pop standard genre to a new generation. She followed up with another pair of Riddle collaborations – “Lush Life” (1984) and “For Sentimental Reasons” (1986). All three Riddle discs were reprised in the 1990 two-CD collection “Round Midnight,” while “What’s New” is being prepared for a 5.1 surround-sound reissue in 2002.

At the close of 1986, Ronstadt paired up with James Ingram to record “Somewhere Out There” – the theme to the animated film “An American Tail.” It too soared to number one. In 1987, she joined country stars Dolly Parton and Emmylou Harris for the first of two highly successful “Trio” recordings. That same year, Ronstadt scored a surprise hit with a collection of the mariachi classics her father played on Sundays in the family living room when she was growing up. The passionate “Canciones de mi Padre” (Songs of my Father) was a hit with both Mexican Americans and Anglos alike, stoking a resurgence of interest in mariachi music that has carried on to this day. A 2002 survey by the Tucson International Mariachi Conference showed that she is one of three soloists mariachi fans most desire as a headliner.

She returned to the contemporary pop world in 1989 with “Cry Like a Rainstorm, Howl Like the Wind” – a release that sold over two million copies on the strength of her four duets with Aaron Neville, including the number one hit “Don’t Know Much,” as well as the title tune, “All My Life,” and “Adios.” Both “Don’t Know Much” and “All My Life” also won Grammys.

Ronstadt followed up her first mariachi collection with 1991’s “Mas Canciones” before digging into the roots of Afro Cuban music with “Frenesi” in 1992, covering such classic Latin fare as “Quiereme Mucho,” “Perfidia” and “Cuando Me Quierias Tu.” 1994 saw the release of “Winter Light,” followed by “Feels Like Home” in 1995. In 1996, inspired by songs she sang to put her two children to sleep at night, Ronstadt recorded the children’s album “Dedicated To the One I Love,” which also won a Grammy.

She regrouped with Dolly Parton and Emmylou Harris for “Trio II” in 1998 – a year that also saw the beginning of her partnership with producer Glyn Johns, bearing fruit in the release of “We Ran.” Johns was back in the production seat again as Ronstadt and Emmylou Harris holed up in a suite in Tucson’s Arizona Inn to record 1999’s “Western Wall: The Tucson Sessions.” In 2000, Ronstadt returned to the University of Arizona to record “A Merry Little Christmas” with pianist/arranger Jeff Haskell and a group of talented vocal graduate students.

In addition, Ronstadt has been a featured soloist in such diverse recording projects as Irish traditional band the Chieftains’s “Santiago,” minimalist composer Philip Glass’ “Songs From Liquid Days” and singer/songwriter Randy Newman’s “Faust.”

Ronstadt turns co-producer (with John Boylan) in 2002 for the release of a Sony Classical disc by glass armonica virtuoso Dennis James, with whom she first worked on “Winter Light.” The other-worldly sounding instrument was invented by Benjamin Franklin. Ronstadt sings a pair of Italian classics on the disc, which also features operatic soprano Ruth Ann Swenson and French singer Veronique Dietsche.

Though it was her first classical co-production, Ronstadt had previously produced or co-produced discs for Aaron Neville, Jimmy Webb and David Lindley. The Neville recording, “Warm Your Heart,” co-produced with George Massenburg, featured the hit “Everybody Plays the Fool.”

As she moves into the 21st century, Ronstadt continues to pursue music with passion, utmost artistry and an eclectic spirit. Still possessing a commanding yet supple and broadly expressive vocal instrument, she remains as demanding of herself as she is of her sidemen on disc and in concert. She is both a perfectionist and a true artist, blazing paths that defy conventional wisdom and earn her new audiences in the process as she connects on the most basic human level.