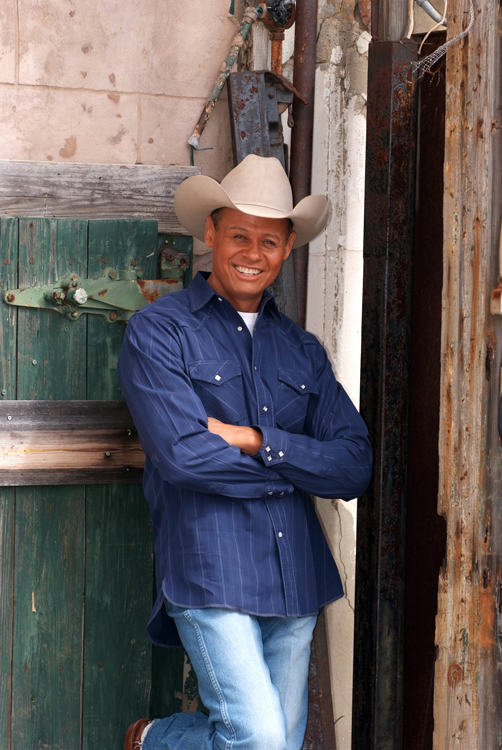 In a world where every single is the biggest hit, every song the best one ever, Neal McCoy has had his share of feel good radio records, a few meaningful ballads, the BMI Song of the Year with “Wink” and “The Shake” and a whole lot of fun. But he’s spent almost two decades chasing ‘that song.’

With “A-OK, the song that co-producer Blake Shelton found the Longview, Texan entertainer, McCoy’s quest may be over. With its bouncing beat, bright melody and yes, pure Andy Griffith whistle, the song about seeing the glass as half-full and the smile upside down in a frown, along with the Barry Dean/Luke Laird/Brett Eldridge mid-tempo, is the perfect distillation of McCoy’s always effervescent show.

“I think any song that says ‘It’s gonna be okay, it’s gonna be alright…’ and feels like this one does, has got to be a winner. People really wanna hear, and almost need to hear, that right now…Times being the way they are, and something that makes people feel good? Well, anyone who knows me knows I’m all about that,” McCoy explains.

Ask anyone about Neal McCoy, and they may not be able to name all of the songs, but they’ll go on and on about his live concerts: full-tilt celebrations of music, life, laughter, joy and yes, his five #1s. But don’t make it about Neal McCoy, he sure wouldn’t.

“I think when people come to see you, sure they want to hear your music,” he explains. “But they really wanna be somewhere that makes’em forget their troubles for a little bit; to have some fun, to laugh and remember how good life can be. I always say, they’re not fans…they’re friends and I want’em to have a good time.”

People like that know music – and performing. Those who came before and those who’re now setting the standard both recognize how special McCoy’s kind of country is.

Or as Blake Shelton himself says, “The only thing that blows me away more than Neal McCoy in concert is the fact he asked me to be involved in making his new album…. I’m honored to work with a hero of mine.”

And the album helmed by Lambert, Shelton and guitar-slinger Brent Rowan is no less special. Nashville’s very best writers – Song of the Year winner Tom Douglas, Rivers Rutherford, Jamey Johnson, Allen Shamblin, and new hitmakers Luke Laird, Brett Eldredge, George Terren & Barry Dean – have all opened up their secret stash of songs saved for the very few who deserve them to provide the songs for XII, McCoy’s Blaster Records debut.

“It’s like my shows, a little bit of everything that makes music special,” explains the man who’s done 15 USO tours, represented President Bush at the inauguration of Phillipine President Arroyo, established the East Texas Angel Network 17 years ago for children with life threatening illnesses, helping over 400 families along the way, and co-written the good natured “Lucky Enough,” an all street corner bravado shuffle and bright-eyed look at life, dreams and love.

“There is so much great music…beyond the labels…we have a little bit of church, a little bit of bar-room, a couple ballads that’ll encourage, and a real Texas thing about finding your groove in the midst of heartbreak with a cold beer and a good jukebox,” McCoy explains.

“It’s like me, but it’s better. Blake and Miranda had definite ideas about what this should be. Blake had met me in ’95 when he’d first come to town and was looking around. He walked in the front door of Atlantic Records – and there I was in the lobby answering phones. I’d had a couple hits by then, but I was goofy like that,” he adds.

“We met again years later, doing radio interviews – and he told me about that. That he couldn’t believe it; but that’s the kinda guys we both are. And Miranda, she’d grown up 30 miles away, playing talent shows around the area and dreaming of doing what I was doing…so, they came to this more invested than I would’ve ever imagined. Both of them get who I am and what makes me, me, and that was what drove all their decisions. That’s Blake playing a lot of the acoustic guitar – and you can hear’em singing all over the single. They had such good ideas, you almost couldn’t hold’em back.”