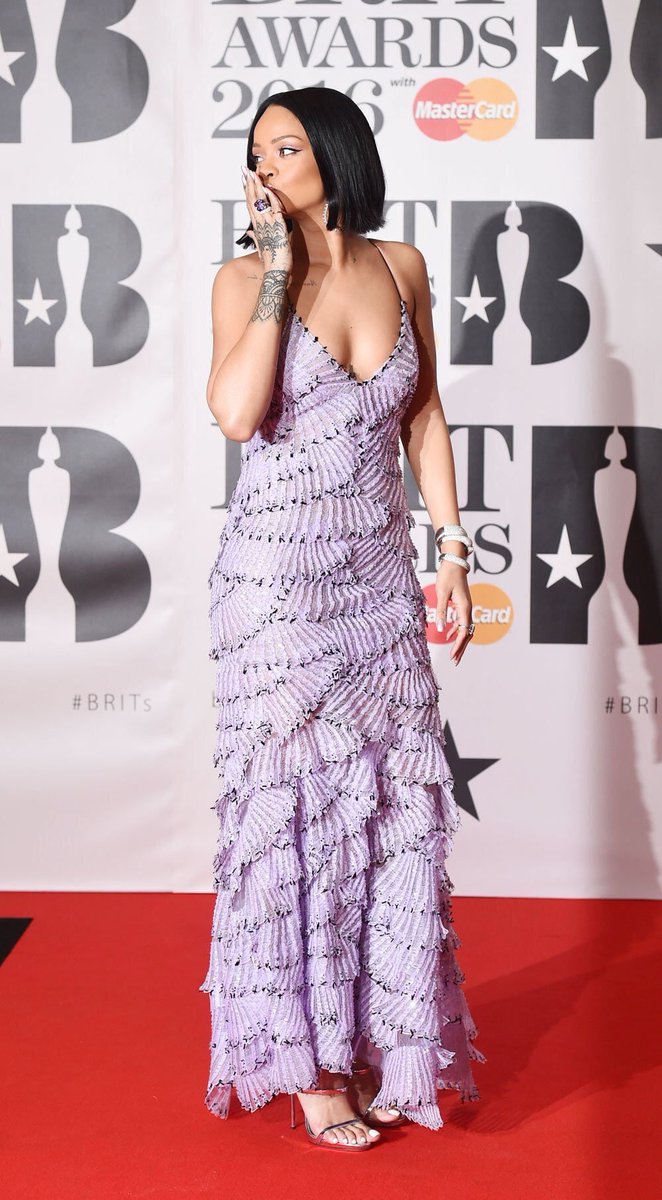 With the global album release of Loud in November 2010, Rihanna continues her journey to dominate popular music and fashion worldwide. Loud’s first two singles, “What’s My Name” (featuring Drake) and “Only Girl (In the World),” were worldwide successes, both solid #1 chart-toppers in the U.S. and UK. “What’s My Name,” “Only Girl (In the World)” and “S&M” became Rihanna’s 8th, 9th, and 10th #1 Billboard Hot 100 hits, respectively. Rihanna now ranks as the only female artist of the past decade to chart ten #1’s on the Hot 100 as well as the youngest soloist to notch ten Hot 100 #1’s.

In the U.S., Loud debuted with the greatest first week sales of any Rihanna album to date, over 207,000 copies, earning RIAA platinum status by January. Loud sold over 6.2 million copies worldwide and hit #1 in six international territories – bringing Rihanna’s total album sales to more than 30 million. She has also logged a phenomenal 100 million digital song sales, a number that is still growing every day.

From her Caribbean roots to the top of the charts, the runways of Paris and Milan and some of the biggest stages in the world, the 23-year-old, Barbados-born beauty has already earned the coveted title of international superstar. In 2005, Def Jam released Rihanna’s dynamic debut album, Music of the Sun, which garnered much attention due to the popularity of her highly addictive dance hall-flavored first single, “Pon de Replay.” A year later, she released her platinum-selling second album A Girl Like Me, featuring the #1 singles “SOS” and “Unfaithful.” From her breakthrough multi-platinum album A Girl Like Me to her ubiquitous global smash “Umbrella,” in just a few short years, Rihanna helped redefine the path of popular music for a new generation.

With two successful albums under her belt in just two years, Rihanna dropped her third album, the multi-platinum Good Girl Gone Bad, in 2007. Rated R was released worldwide in November 2009 and the first single, “Russian Roulette” made chart history for Rihanna – as her 12th Billboard Hot 100 career hit. The next single, “Rude Boy” (the fifth multi-platinum certified song of Rihanna’s career) hit #1 on a slew of charts – including Billboard’s Hot 100 and Hot 100 Airplay, and MediaBase’s Pop, Hot Dance Radio, Hot Dance Clubs, Rhythm, and Urban charts.

Rihanna’s extensive accomplishments also include multiple #1 hits, a Grammy for Best Dance Recording for “Only Girl (In The World), ” a Grammy for Best Rap/Sung Collaboration for “Run This Town” and a Grammy for Best Rap/Sung Collaboration for “Umbrella” along with fourteen Grammy nominations, two MTV Video Music Awards, Favorite Pop/Rock & Soul/R&B Female Artist at the American Music Awards, and the European MOBO Award as Best International Act. In all, Rihanna is the recipient of three Grammy Awards, four American Music and World Music and BET Awards, five People’s Choice and Teen Choice Awards, MTV VMAs from every region, a BRIT Award for Best International Female Artist in 2011 and an amazing 18 Billboard Music Awards. Rihanna’s impressive discography and a growing collection of the music industry’s most cherished awards have proven that this is only the beginning. With her beauty, fashion and business sense to match, the Island girl turned international superstar will continue to rock the world for years to come. The journey continues!