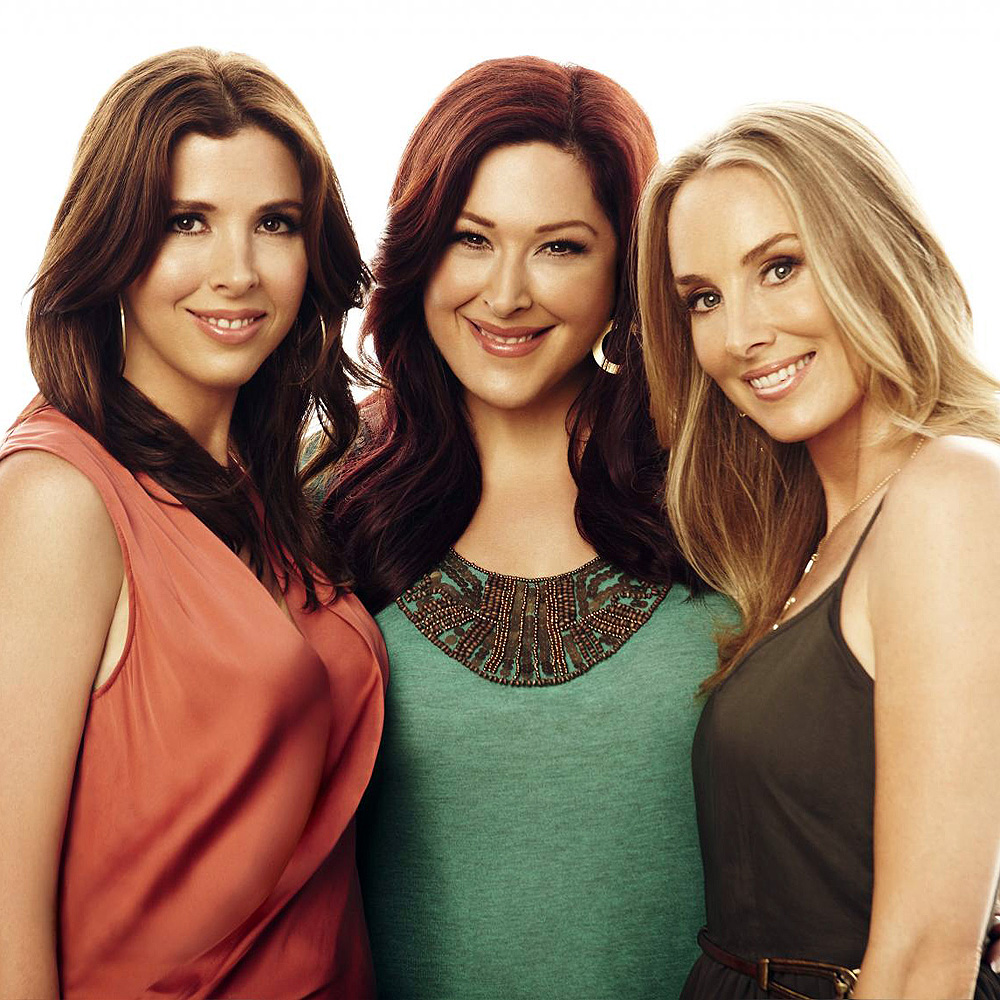 2011 was a huge year for Wilson Phillips. They gained a lot of attention and some new fans when they appeared in the blockbuster hit film Bridesmaids in which they performed their stellar hit “Hold On.” Chynna Phillips added to her luster as a skilled dancer and endearing competitor on ABC’s Dancing with the Stars, while Carnie Wilson increased her immense fan base as host of Karaoke USA and participant on Celebrity Wife Swap. A very busy year indeed, especially when the three ladies are happily married and have nine children between them – three for Chynna, two daughters and a son; Carnie has two daughters and Wendy has four sons.

This year the momentum continues for the trio with the release of Dedicated, a new Wilson Phillips studio album made up of covers by The Beach Boys and The Mamas and the Papas. This is an album that their fans had been dreaming about since the group’s inception. It will be released by their label Sony Masterworks on April 3rd. Additionally this spring, the lifelong friends will star in Wilson Phillips: Still Holding On, a TV Guide Network reality show documenting the group’s adventures in and out of the recording studio, and are planning to tour the U.S. and Canada in support of the new album.

The 1990 release of the eponymous Wilson Phillips album heralded the emergence of a bright new pop vocal trio, and one unique in its heritage. Sisters Carnie and Wendy Wilson are the daughters of The Beach Boys’ genius Brian Wilson, while Chynna Phillips is the daughter of The Mamas & The Papas’ John and Michelle Phillips. Together the gals produced a harmonic blend that did their parents proud while achieving their own chart-topping success.

Wilson Phillips sold over five million copies of its debut album, which was propelled by its gold singles “Hold On” and “Release Me,” which both reached No. 1 and “Impulsive,” which reached No. 4. A fourth single, “You’re In Love,” returned the group to the top early in 1991, and was followed, incredibly, by a fifth single, “The Dream Is Still Alive,” which peaked at No. 12.

The Wilson sisters then had a 1993 holiday hit with “Hey Santa!” Phillips, who had begun her career as an actress (she had appeared in 1987’s Some Kind of Wonderful, 1988’s Caddyshack II, 1989’s Say Anything, and also played the character Roxanne Pulitzer in the 1989 TV biopic Roxanne: The Prize Pulitzer), released the successful solo album Naked & Sacred in 1995.

Carnie Wilson, who had sung duets with Robert Palmer and James Ingram, hosted the nationally syndicated TV talk show Carnie! in 1996, and has since continued her career in acting, television, talk shows, pictures, voiceovers and songwriting. She was featured in the NBC mini series The Sixties, hosted GSN’s Newlywed Game, and most recently starred in CMT’s Gone Country.

In 1997, the Wilson sisters joined their father in releasing the acclaimed album The Wilsons and the single, “Monday Without You.” In 1998, Wendy joined The Beach Boys’ Family and Friends tour for three years of live performances, followed by the 2001 live CD Al Jardine’s Family and Friends Live in Las Vegas; the following year she commenced an experimental solo music project combining trance-dance music and pop vocals for use in TV and film soundtracks and commercials.

After Wilson Phillips’ Greatest Hits album was released in 2000, they reunited in 2001 to sing the Beach Boys’ “You’re So Good to Me” at a Brian Wilson tribute show at Radio City Music Hall (Phillips dedicated the performance to her father, who had died a few days earlier). They released California, a new album of California-inspired cover songs, in 2004, and had an Adult Contemporary hit with their version of Fleetwood Mac’s “Go Your Own Way.”

In 2006, Carnie released her first solo album, A Mother’s Gift: Lullabies from the Heart, created shortly after the birth of her first daughter. Her second solo set followed in 2007 with the Christmas album I Built a Smokehouse.

Wilson Phillips reunited again in late 2008 for two well-received shows in California, and after Phillips teamed in 2009 with singer/songwriter Vaughan Penn in the Christian pop duo Chynna & Vaughan (and their album The Reason).

In 2010, the trio reunited with their original Wilson Phillips producer Glen Ballard for their first-ever holiday album, Christmas In Harmony, for Sony Masterworks/DSW Entertainment (2010). The album contained the single “I Wish It Could Be Christmas Every Day,” and brought the group back together in full swing 20 years after their breakthrough album.