Rudy Parris (of The Voice)

You are here: Home1 / Exclusive Asian2 / Rudy Parris (of The Voice) 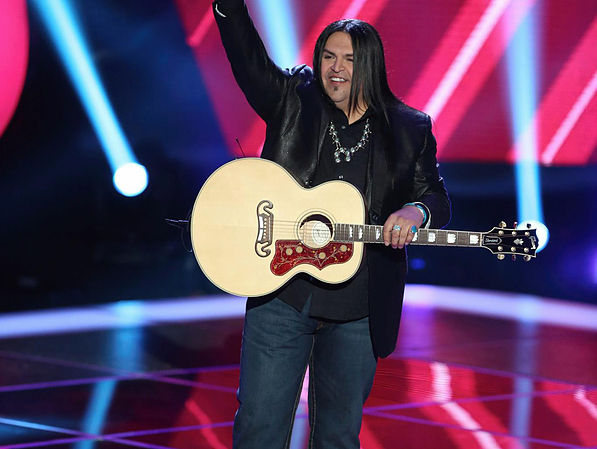 It surely was the place to be. The guest list, too long to mention, included Tracy Bird, Dwight Yokum,Brad Paisley,Gary Allen and many others. Garth Brooks even called in his wishes for a good night. By the end of the evening everyone wanted to know who Rudy Parris was and where had he been hiding! Parris and his brother Abel had been “Hiding” in front of large crowds as an opening act.

Rudy wasn’t exactly new and had been paying his dues warming up audiences for Merle Haggard, Jerry Lee Lewis,Hank Jr, BB King, and Bo Diddley, among many others. Rudy has also had the honor of playing guitar on tour for Hank Williams III. This explained it. This ‘unheard of’ talent already had the ability to maintain an audience. Setting his voice aside, his obsession with the guitar is readily apparent as he coaxes the crowd onto their feet making his guitar sing, dance, whisper and scream. A true showman Parris also plays bass, harmonica and drums. Recently playing drums and bass for Bay Area Blues Legend Ron Thompson.

Rudy was born and raised in the heart of California’s San Joaquin Valley. A few miles from the historical country music mecca Bakersfield, CA. Were he had the pleasure of working for Buck Owens at The Crystal Palace for an 7 year run. Rudy gianed worldwide exposure with his appearance on The Voice season 3 and chose to be on Blake Shelton’s team.

His fan base is growing daily and his schedule grows busier. Many major artists in the Rock, Country and Blues community have given Rudy the thumbs up and Rolling Stone said “his dusty version of “Every Breath You Take” made him stand out. He’s got the experience and control a lot of folks don’t have this season; a shredder and a crooner, he is basically the original model John Mayer” Be on the lookout for a new album coming soon!

Ron Dante (of The Archies)
Scroll to top